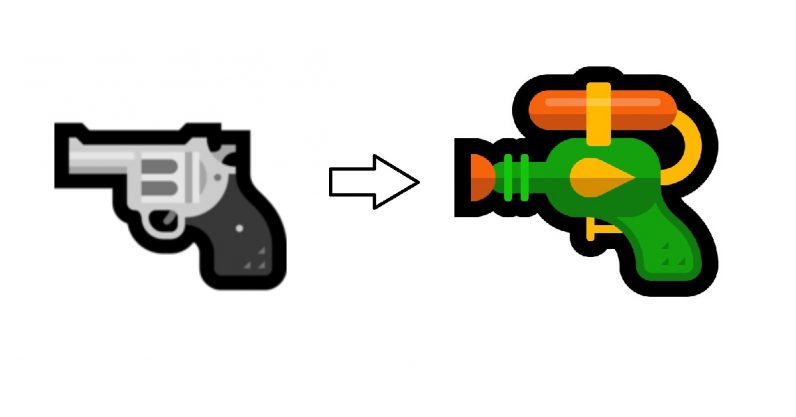 One day after Google announced it was changing its revolver emoji into a water pistol — which left Microsoft as the last one carrying an actual gun — Microsoft decided to join the rest of the tech crowd by making the same change. And its water gun might just be the best one yet.

Here’s what’s new: Microsoft showed a preview of its new emoji on Twitter yesterday, saying it was making the change in response to feedback (read: everyone else is doing it). Like almost all of the gun-replacements created since Apple started the trend in 2016, it’s primarily green and yellow.

While the orange Android pistol was my favorite of the new batch of non-lethal weapons, I’m swayed now that I’ve seen Microsoft’s which looks like something a playful alien might use to clean windows.

We are in the process of evolving our emojis to reflect our values and the feedback we’ve received. Here’s a preview: pic.twitter.com/BlB3yYTSht

For context: Microsoft’s had a different path than the others getting here. Originally, it had a funky ray gun emoji instead of the standard revolver. Then, somewhere down the line it decided to swap to the more realistic option, losing a little color and individuality in the process.

Out of the companies which have emoji libraries, Facebook is now the last remaining holdout with an actual gun, though a spokesperson told Business Insider it was already working on a replacement in the interest of consistency.

Read next: Here's how IBM is saving Earth with AI