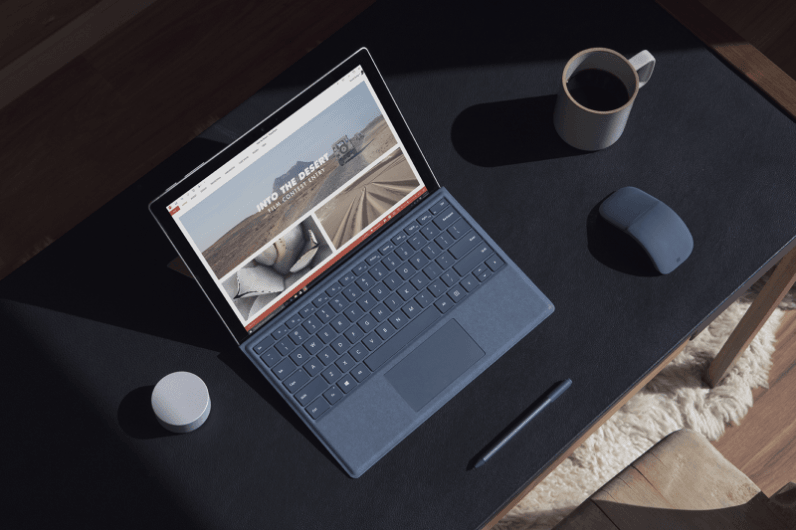 Instead, say hello to the new Surface Pro – just ‘Pro.’

Just as rumored, Microsoft is dropping the numbering system from the Surface Pro line, taking a more MacBook-like approach of simply differentiating its devices by release date. But while rumors suggested the new device would be a simple Kaby Lake refresh, we’re actually getting a surprisingly robust upgrade. 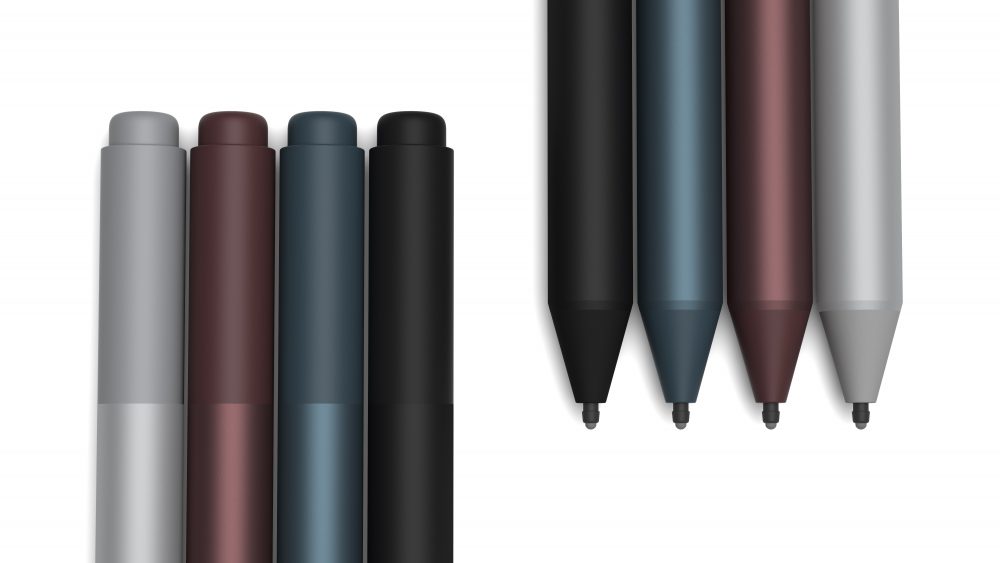 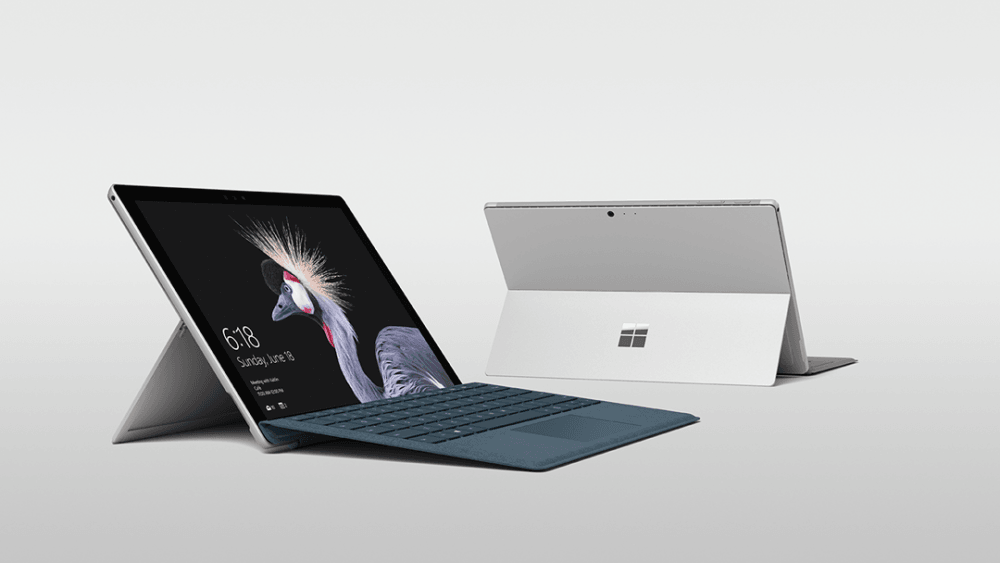 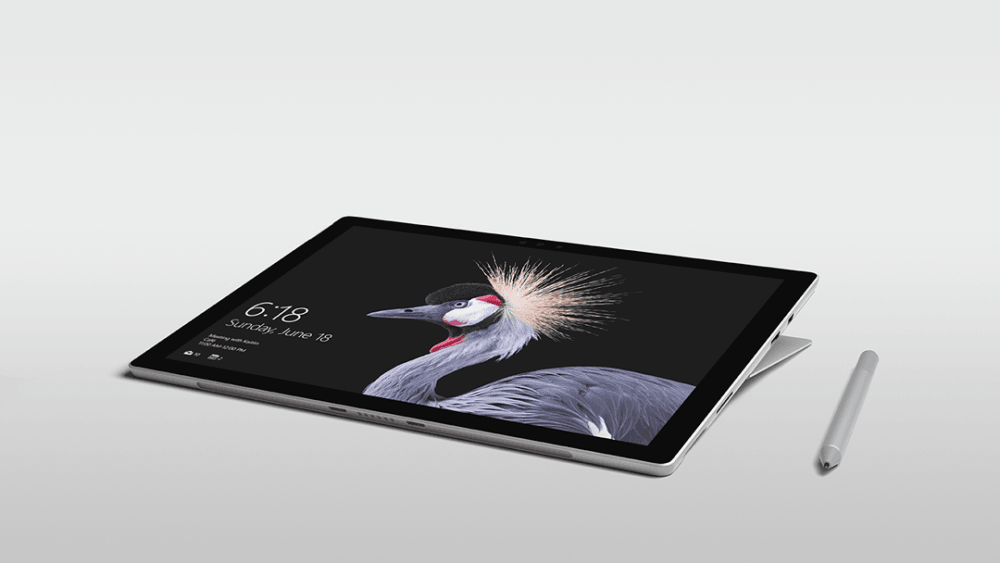 Most notably, Microsoft says it’s increased the battery life to 13.5 hours of video playback on the i5 model – way up from the 9 hours claimed for the the Surface Pro 4, (and 35 percent better than the iPad Pro, as Microsoft cheekily points out). It’s done so in part by integrating the SSD on the motherboard, as on the Surface Laptop, and using up 99 percent of the space inside the machine. It’s also improved standby time and addressed issues with the tablet entering and exiting sleep modes (both of which happen more quickly now).

Battery life has been one of the most common complaints about Surface Pro series since its inception, so here’s hoping that number translates decently into real-world usage. Either way, an improvement seems likely.

Then there’s the new alcantara Type Covers to match the Surface Laptop in cobalt blue, burgundy, and platinum. It’s cool to see Microsoft adopt alcantara as the primary option; pretty two-tone look aside, it’s more durable and easier to maintain than the old felt-like material.

Artists will be happy to see the updated Surface Pen – also in fancy new colors – now supports tilting motions. Pressure sensitivity has quadrupled to 4096 levels and latency has been cut from ~45 milliseconds to 21. Microsoft says it’s “twice as responsive as the Apple pencil,” though we’ll have to see it that holds up.

Meanwhile, Microsoft says it’s also revamped the hinge to sit lower for drawing (165 degree range of motion), as well as improved the speakers and display (you can switch color profiles now). Oh, and you can use the Surface Dial on-screen now too, just like the Surface Studio.

On the outside, it looks pretty similar to the Surface Pro 4, but the vents are much less noticeable, as Microsoft has removed the fans on the core m3 and i5 configs. On the i7 model, Microsoft claims the fan “can’t be heard,” at just 18dB.

But for all the welcome improvements, Microsoft still hasn’t bothered to include USB-C – *sighs*.

The new Surface Pro will be up for pre-order today starting at $799, and will ship on June 15. The usual caveat applies: the Type Cover isn’t included in the price – it’s $159 for the alcantara covers, or $129 for a plain black one.

There’s another caveat this time though: The Surface Pen is now a separate, $99 purchase. That’s kind of baffling – the pen is arguably the most iconic part of the Surface Pro, and integral to the Surface Experience. Boo.

On the other hand, Microsoft is offering an LTE model for the first time later this year, though the company isn’t announcing pricing or exact availability yet.

If you ask me, getting rid of the number system was that right move. It’s indicative of Microsoft’s new confidence in the Surface as a brand; version numbers shouldn’t matter all that much, because these devices are meant to stand the test of time. If the new Surface Pro can finally deliver on all-day battery life, it might just live up to that promise.

Read next: Poster lets you upload photos to Instagram straight from your PC