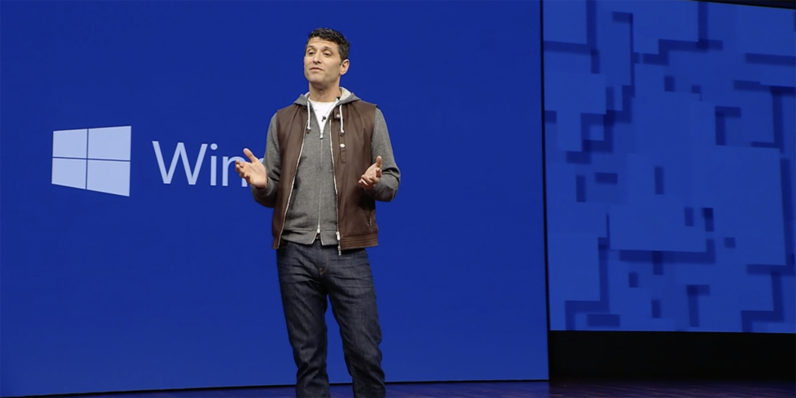 Build, Microsoft’s annual developer conference, just kicked off day two. Unlike day one, today featured a lot more consumer-facing tech worthy of talking about. From Mixed Reality, to a pretty badass way to create collaborative movies, Microsoft had a lot to show us.

Here’s what’s worth talking about.

As we pointed out previously, Microsoft recently committed to two annual updates. The next one was announced today: the Fall Creators Update. In it, we’ll see numerous changes, most of which we’ll talk about in more detail below.

Microsoft today unveiled the long-rumored Project Neon. Now, though, it has a real name: Microsoft Fluent Design System, or ‘Fluent’ if you’re short on time.

The update isn’t an overhaul, but more a shift toward what’s possible as we move into designing for multiple platforms, including mixed reality. Fluent adds a variety of possibilities for UI design on Windows Apps, including:

Read: Windows 10 gets a UI refresh with the ‘Fluent Design System’ (AKA Project Neon)

Remember Movie Maker? Windows Story Remix is basically like that, only not at all like that. Story Remix brings the ability to create compelling visual content — complete with special effects, a soundtrack, and a social element that allows multiple people to contribute clips to a finished movie — for even the most novice of filmmakers.

We could tell you about it, but this gif — from a movie created in all of 30 seconds — sums it up way better than we ever could.

OneDrive was already insanely useful on Windows devices, but today’s announcement of Files On-Demand, you can squeeze even more utility out of the popular cloud storage platform.

The system lets you see all your OneDrive files in Windows 10’s File Explorer before you download them, so you can work as if each was stored on your device. For enterprise users, there’s an additional benefit: when you update a shared file, it’s now synced automatically across all devices on the account. So now, each of your colleagues has a freshly synced version of the file you recently saved, and it’s all available in File Explorer without digging through OneDrive itself.

Read: Microsoft OneDrive will beam your files to Windows 10 on demand starting this fall

Timeline is a feature that allows you to search a visual history of work you’ve previously done. If you’re working on a spreadsheet at home, and have to skip over to a PDF from your computer at work, you can now search a visual timeline to find the document you had opened earlier in the day. Or, if you’re old-school, a simple keyword-based search can pull up what you were looking for from days-earlier.

For a Mac parallel, it’s essentially Time Machine, only not for backups, but for actual work. It’s an approach that lets you begin working, playing, or reading one device, and finish on another — laptop, mobile, tablet, or perhaps even the HoloLens one day.

Read: Windows Timeline lets you pick up where you left off on any device

Cloud Clipboard lets you copy and paste between devices

If you’ll forgive another Apple comparison, Microsoft new Cloud Clipboard is a Continuity-like feature that allows users to copy one one device, and sync it to multiple others for pasting.

In the demo, the presenter copied an address from the desktop, and pasted Google Maps info to a Samsung Galaxy S8 without any type of work-around that PC users have been relying on for this type of functionality. Better, the feature works in SwiftKey, the ever-so-amazing Microsoft mobile keyboard.

iTunes is coming to the Windows Store

Windows users could already access iTunes, but now it’s coming directly to the Windows store. I’m not sure it’s worth getting excited about iTunes, as any Apple user can tell you, but the initiative to work cross-device and bring Apple Music and additional iPhone support is commendable.

It won’t, however, be available on devices running the relatively locked down Windows 10 S.

Read: iTunes is coming to the Windows Store 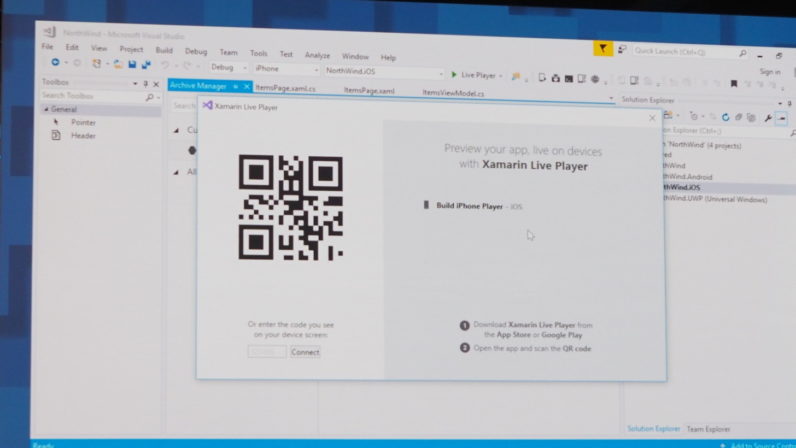 As any developer can tell you, debugging code is a major pain in the ass. Xamarin’s new Live Player aims to change all that by making debugging apps as simple as scanning a QR code.

Instead of scanning thousands of lines of code, running emulators, and installing bloated SDK’s, developers can now install an app on their Android or iOS device, scan a QR code, and debug an app with the click of a button. The code is then immediately deployed into the Live player app for testing.

Microsoft today announced its first Mixed Reality motion controller for the HoloLens (and other) headsets. The controllers look a lot like a marriage between the Oculus and Vive controllers already in existence, and require no external tracking hardware in order to follow your movements.

The controllers are coming later this year and are set to be bundled with an Acer Mixed Reality headset for $399.

Read next: Twitch will marathon 886 episodes of Mister Rogers