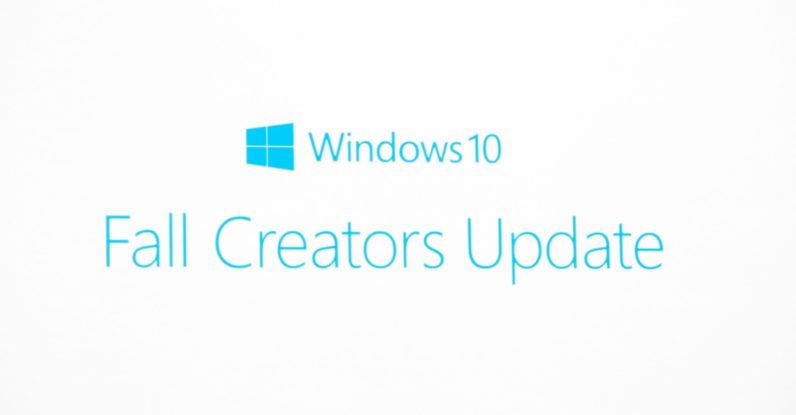 At its Build event in Seattle today, Microsoft unveiled the next version of Windows 10: Say hello to the Windows 10 ‘Fall Creators Update.’

As the name implies, the update is set to arrive later this year. Though for something called a ‘Creators Update’, it’s not the most creative naming, Microsoft says it chose the name because its a continuation of some of the ideas brought about with the first Creators Update.

There are numerous updates in the Fall Creators update, perhaps most notably Project Neon – now known as the Microsoft Fluent Design System (I call it ‘Fluent’ for short) – which will give Windows 10 a welcome aesthetic refresh.

There are also some new features powered by the Microsoft Graph which allow for some nifty inter-device connectivity:

Meanwhile OneDrive is finally getting files on demands, allowing you to pull specific files from the cloud only as you need them, instead having to sync whole folders or waste specious space on your drive.

The company also announced a new app called Story Remix, which is basically Windows Movie Maker on some serious steroids.

It meant to show off some of the things you can do with the Universal Windows Platform (UWP) on the Fall Creators Update. It can automatically create movies from your videos and pictures, but lets you customize clips and music to your liking. You can add special effects like kicking a flaming soccer ball or some Michael Bay-Esque explosions.

Moreover, it can pull images from your Android and iOS mobile devices, keeping with the whole cross-platform theme.

Though we don’t know exactly when the Fall Creators update will drop, Microsoft’s promise to adhere to a six-month Windows 10 release schedule means we can likely expect it sometime around September.

Read next: Learn web development and build working sites with a top instructor — for under $15