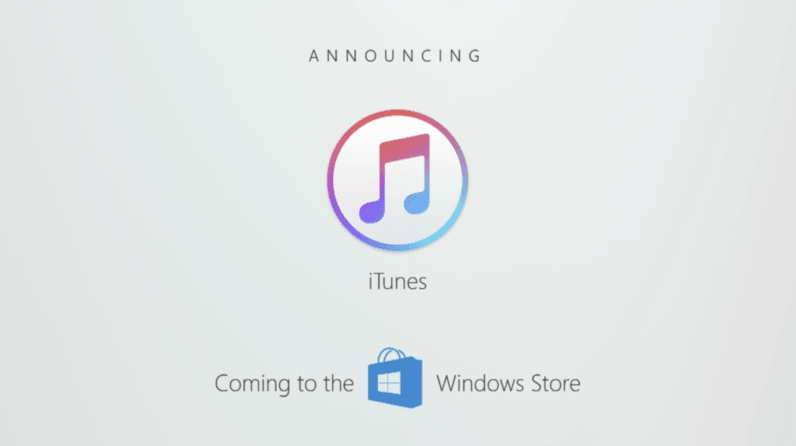 At today’s Build event in Seattle, Microsoft announced that iTunes, formerly an Apple-only staple, is coming to the Windows store.

In addition to iTunes, Windows 10 and 10 S users will have Apple Music and full iPhone support. This is part of a massive cross-device initiative by the company.

While there is already an iTunes app available for Windows, it will not be available for the Store-locked 10 S. Bringing iTunes to the Store will allow 10 S users to have their music without having to upgrade to the Pro version.

In addition, Microsoft are making it easier for iOS developers to build apps within Windows Visual Studio, via the Xamarin Live Player.