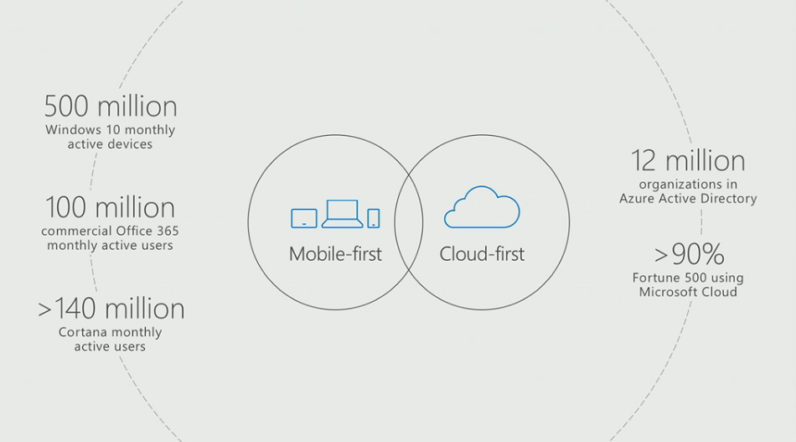 Microsoft’s Build developer conference has started and one of the first announcements from the company is a new milestone for Windows 10: the OS is now being used on 500 million devices.

While it’s very unlikely Microsoft will hit its original goal of Windows 10 on 1 billion devices by mid-2018 (the company has since scales back on that goal), it’s still an impressive milestone considering the OS launched less than two years ago. The company hit 400 million back in September, so the OS is still growing at a decent clip.

It’s a milestone the company will surely want developers to keep in mind as it tries to drum up support for the Windows Store, especially now that Windows 10 S is a thing. Microsoft will likely spend much of Build trying to convince developers that the Universal Windows Platform apps is a worthwhile investment – after all, half a billion machines is nothing to scoff at.

Read next: Microsoft PowerPoint can now translate your presentations on the fly