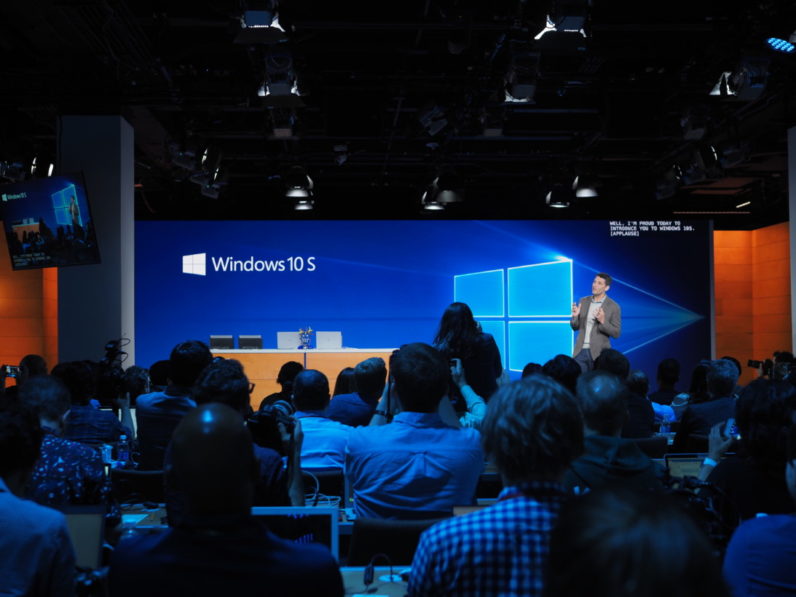 Microsoft is calling it a streamlined version of Windows 10, optimized to run on lower-end hardware. But Windows 10 usually starts off pretty smooth even on cheap computers – problems arise as computers slow down over time, which is why Microsoft is promising the “same performance on the first day of school as the last.”

To keep the system running smoothly, the OS is limited to only run apps from the Window Store, which allows Microsoft to curb power-hungry or poorly-optimized apps. But this isn’t another Windows RT situation: these apps can still be full Win32 apps – they simply have to be available from the store.

In that vein, Microsoft says it’s making the full versions of the Office apps available through the Windows Store soon.

Should a user try to download an app from outside the store, they will be shown similar apps available in Microsoft’s marketplace. If they really need that specific app, they have the option to upgrade to a full version of the OS, although presumably they’d lose the performance optimizations if they do that.

Otherwise, it appears to be Windows 10 as you know it. There’s a slightly tweaked default wallpaper though, so I guess that’s something.

Windows 10 S will be available in the summer of this year, with new partner devices available starting at $189.

Read next: While other digital publishers flail this Norwegian publication is adding subscribers like crazy