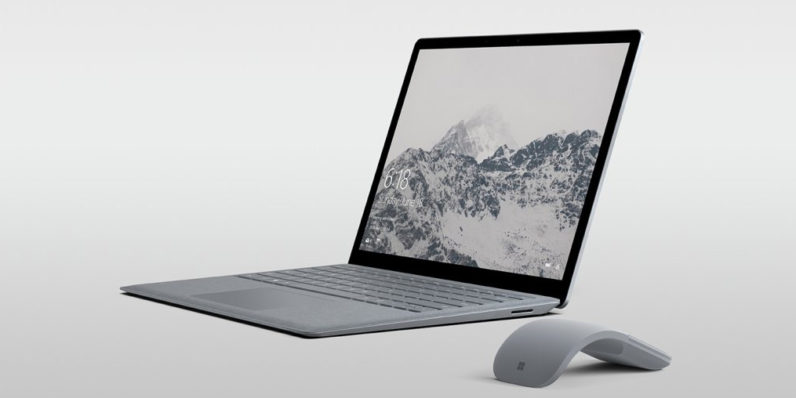 Microsoft is set to unveil some new products at an event in New York on Tuesday, and it isn’t clear if the company will show off a new Surface Laptop. But if it does, I sure hope tipster WalkingCat’s leak is on the money as they’ve just shared pictures and specifications for a handsome new computer.

It’s expected to feature a 13.5-inch PixelSense display that outputs 3.4 million pixels, an Alcantara-covered keyboard similar to the one on the 2015 Surface Pro 4, and run Windows 10 S, a rumored lighter version of the OS that will compete with Google’s Chrome OS.

The package is said to come in at 2.76 lbs, and measure 14.47mm at its thickest point (making it a hair thinner than the latest 13-inch MacBook Pro).

A snazzy, compact new device could be a great way to showcase Microsoft’s new OS, but its success will either hinge on sensible pricing or the new Surface Laptop will merely serve as a namesake flagship like Google’s pricey Chromebook Pixel. I’d certainly consider a cheap computer like the Surface Laptop to lug around for work, provided it’s tuned for extended battery life and portability.

We’ll find out exactly what Microsoft has up its sleeve in just a few hours from now. Stay tuned to TNW for our coverage from the event today.

Read next: Twitter will stream news, sports, concerts and fashion shows as it bets big on video