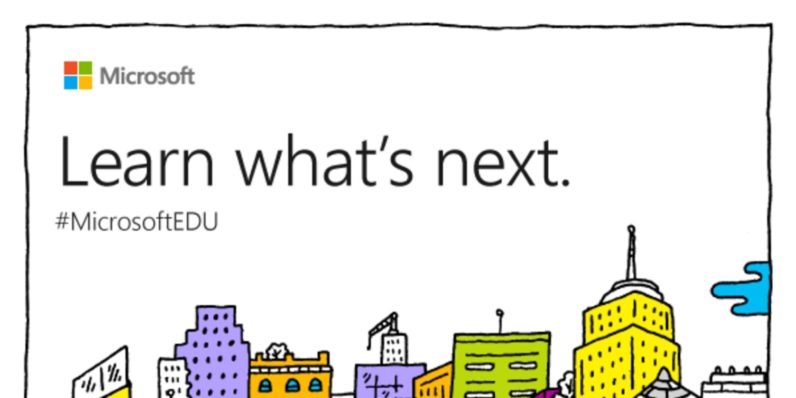 Microsoft is holding a major event on May 2, but we have almost no idea what’s coming.

The company today sent out invites to the press in the usual cryptic fashion preceding a major hardware announcement, but the invite suggests there will be an education focus what with the ‘Learn what’s next’ caption and ‘#MicrosoftEDU’ subtitle.

We’ve known for a while that Microsoft would be holding a major event before its Build conference (also in May), but the rumors so far have been unclear as to what’s coming. All signs suggest there will be some kind of hardware at the event, but it’s unlikely to be a Surface Pro 5 or Surface Phone, according to ZDNet‘s Mary Jo Foley.

It’s reasonable to think Microsoft could be revealing the next model in the non-Pro Surface line, which hasn’t been updated since the Surface 3 was announced over two years ago. The small convertible tablet would certainly fit the bill as an education-friendly device.

Meanwhile, one questionable rumor suggests Microsoft will be releasing a version the Surface Book without a detaching screen. Instead, it might simply have a 360-degree hinge, Lenovo Yoga style. As long as it’s substantially cheaper than the current Surface Book, it might fit the education theme as well.

Besides, now that Microsoft has effectively established itself as a player in the high-end hardware space, it’s about time the company focused more on lower price brackets. Of course, this is ultimately all speculation, and let’s not forget there will likely be some big software announcements as well.

On a side note, I have to hand it to Microsoft; they’ve done a much better job of keeping their products under wraps than some of the other big names of late (looking at you, Samsung). In any case, we’ll be at the event come May 2, so keep an eye on us to see what the company has up its sleeve.