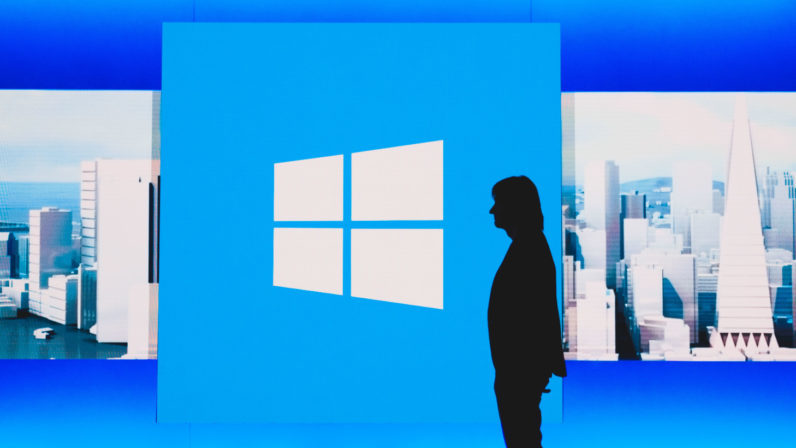 Macs are for creatives, PCs are for getting work done. Or so the dogma goes.

Recently, the conversation has started to shift. As Apple prioritized its mobile products and showed minimal innovation on macOS, Microsoft began to sell itself as the new platform of choice for creative-types. This culminated with hype-train around the Surface Studio, a purpose-built device that catered more to creative professionals than anything Apple has built in years.

But hardware is only half the equation, and so we also have the Windows 10 Creators Update, which Microsoft today announced will be rolling out to everyone starting April 11.

I’ve had the chance to play with the Creators Update for some time now; though the name is a little bit hyperbolic, Microsoft has added several useful features to its OS in just eight months since the huge Anniversary Update. Here are some of the best.

Microsoft Edge is great if you want to conserve battery, but otherwise there’s little to compel you to use it over alternatives like Chrome or Firefox. The Creators Update adds some features to make it worth your while.

For one, you can now see visual previews of tabs by pressing arrow next to the new tab button.

Perhaps more useful is a “Set these tabs aside” feature, which lets you clear up tabs while still being able to acccess them later. This kind of feature is available to other browsers through extensions, but it’s neat to see it integrated right into the browser itself.

Microsoft sees Edge more than a simple web browser, but rather an app for handling all sorts of reading. It can now load EPUB files in addition to websites and PDFs, including a full-fledged ereader experience. You can adjust the font and text size on e-books, set bookmarks, search for terms, and do most of the the basic things you expect from an ereader.

Paint is getting its first major update since Windows 7, and arguably its biggest update ever. Say hello to Paint 3D.

Yes, Paint can now create 3D models, as well as import them from the Remix3D online community. It can even print to 3D, assuming you have the right hardware or export to a 3D printing service. Give it a try – it’s surprisingly easy to use.

We’ve all done that dance where we arrange and resize windows so we can watch videos on one corner of our screen while we work on another. Now Windows is making your life easier with a Picture-in-Picture feature called ‘mini view’.

Basically, apps will now be able to create an always-on-top window so that you don’t have to worry about your video getting obscured while you switch between apps. Unfortunately, it’s limited to the stock Movies & TV app for now, though I’m sure developers will pick up on the feature quickly.

That being said, simply adding a universal option to the OS for always keeping certain apps on top would be way more useful, as it’s a feature I’d like to try for more than just video.

By now you’ve probably heard that blue-ish wavelengths of light tend to keep you up at night, which is why we’ve seen blue light filters built into iOS, macOS, and Android device. Now Windows has a native option too, called Night Light.

You can go to Settings > System > Display to adjust Night Light’s settings, including color temperature and active hours.

Dynamic Lock protects you data when you leave your computer

If you’re the type of person who presses Win + L to lock your computer everytime you leave your desk, you’ll appreciate Dynamic Lock. First you pair your smartphone or tablet with your computer. The computer will automatically lock whenever your device leaves Bluetooth range.

Surround sound for everyone

One of the coolest features in Windows 10 is native support for spatial sound. That means the OS can now turn any regular pair of earbuds into a virtual 7.1 surround sound system – or even implement more advanced techniques like Dolby Atmos.

For more on why this is a pretty huge deal, check out post about Dolby Atmos on Windows 10 here.

Scribble on Maps, photos, and videos

Long-time Google Maps users might be reluctant to try another navigation solution, but Microsoft is adding some pretty neat tricks to its own Maps software on the Creators Update.

You can now use a stylus to draw on the map. Aside from just doodling over your landscape of choice, you can now estimate travel distance by simply drawing a route within Maps. You can even create turn-by-turn directions based off of your scribbles.

The same goes for photos and videos, which you can now draw on to add annotations or even create animations you can export to share with friends and family.

Game Mode tries to ensure your computer is always maximizing its resources for an optimal gaming experience.

No, it’s not going to turn your measly integrated GPU into an Nvidia 1080; though frame rates might see a mild improvement, the emphasis is on consistent frame rates rather than absolute performance. It should, in theory, prevent your game from experience sudden frame drops, even if an application running in the background decides to do something funky.

You can turn the feature on and off from the new Gaming section of the Settings menu. Microsoft has a whitelist of games for which it’s automatically turned on, but you can also manually activate or deactivate it by pressing Win + G while a game is running.

Speaking of Win + G, you can now start a livestream to Beam by simply using the shortcut and clicking the broadcast button.

The Creator’s Update enables support for upcoming Windows Mixed Reality headsets. Though these are still a ways off, they’ll provide a cheaper alternative to the likes of Oculus and Vive, starting at $300.

More work to be done

There are some neat features in the update, but there’s more work to be done if Microsoft wants Windows really be considered the OS for creators.

Part of what draws people to Apple is its design cohesion. Meanwhile, Windows 10 still functions as a mish-mash of legacy apps and modern styling. I mean, why do I need a separate control panel and settings menu? Why does Windows color management suck? The world may never know.

Still, the Creator’s Update is solid example of the benefits of turning Windows as a service; in just a few short months, Windows 10 has become a lot more powerful. Here’s to hoping Project Neon can fix some of the OS’ more glaring UI problems.

For more on features coming to the Creators Update, check out Microsoft’s blog post below.

Read next: VPN searches skyrocket after Congress killed your right to internet privacy