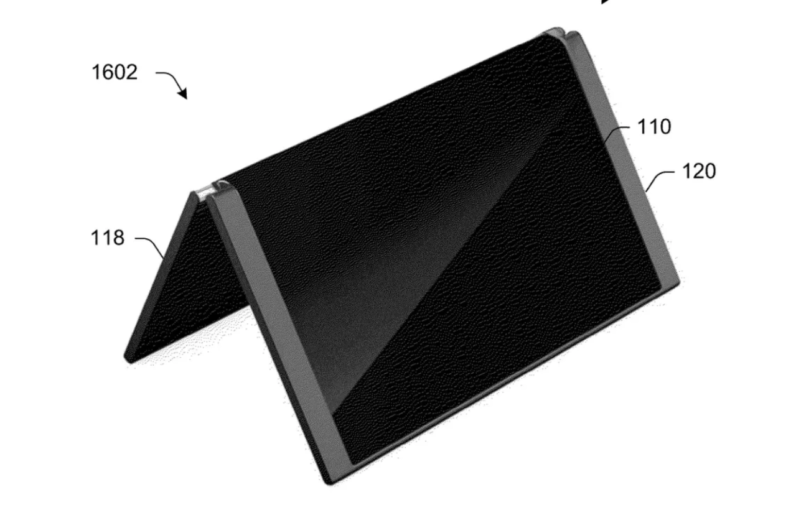 Microsoft has made it pretty clear that its upcoming Surface Phone will not be a traditional mobile experience, but it’s yet to provide any defining features. A new patent filed by the company could provide the answer: a foldable device that turns into a tablet.

A patent discovered by MSPoweruser shows Microsoft considering a device that when folded over acts as a phone, but can be unfolded and us the extra real estate to behave more like a tablet. There appear to be ‘tent’ and ‘laptop’ modes as well.

The patent makes it clear the flexible device is meant to handle multiple uses:

The folding ability would probably make for a thicker phone than we’re used to, but would come with the trade off of providing more real estate when we need it. You could keep it in phone shape for storage, texting, and browsing social media, but open it up for longer typing sessions or reading books.

A patent like this may have been considered an esoteric possibility a few years ago, but we’ve similar ideas from the likes of Samsung and LG. Besides, the Surface Studio was leaked through patents as well, even if the final device had some significant differences.

Moreover, Microsoft’s Surface line has always aimed to redefine product categories – from the tablet, to laptop, to desktop. Surface devices are at their core about creating new form factors (to varying success).

That a foldable phone from Microsoft wouldn’t surprise me is a testament to the work the Surface Team has been doing; here’s to hoping it’s actually good.

Via MSPoweruser, The Verge

Read next: McDonald's is better at flipping burgers than protecting passwords