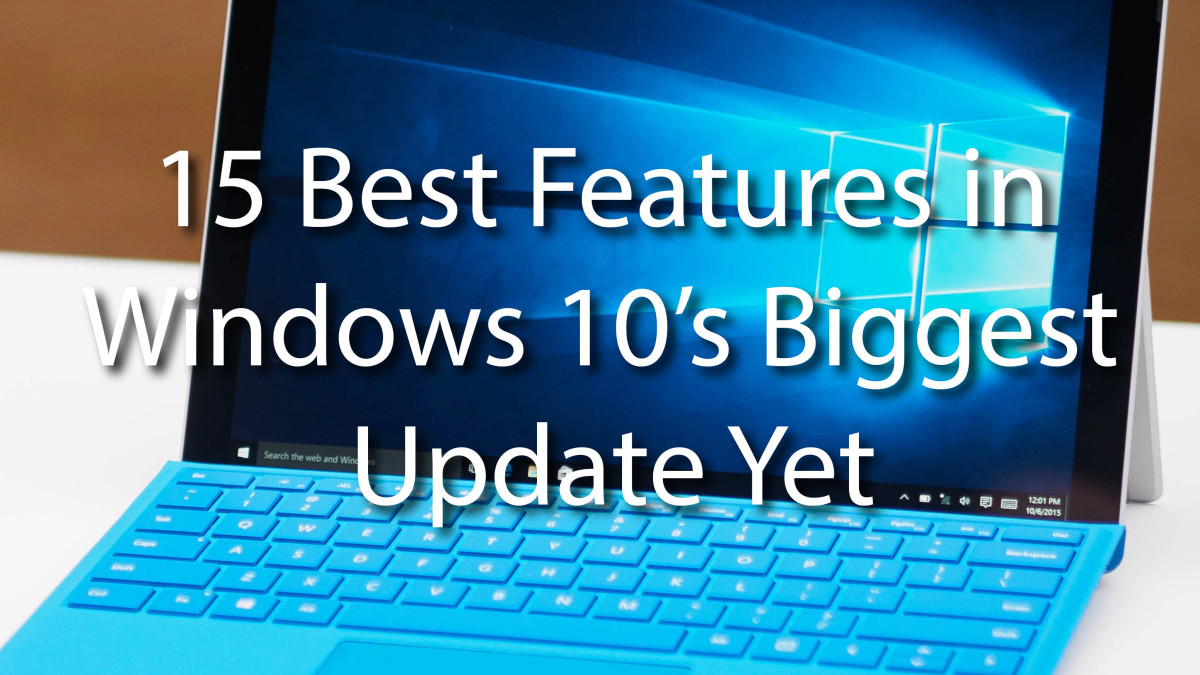 Windows 10 was met with much acclaim (and some criticism), but one of its most interesting qualities is Microsoft’s promise to make it the ‘last’ Windows. That means updates will come in frequently rather than through major version number changes.

The first big update to Windows 10 for regular consumers arrives today, following the Windows 10 update for Xbox One earlier this morning. Think of it as the first service pack, although Microsoft isn’t calling it that.

If you’ve signed up for the Insider program – basically the Windows 10 public beta-testing group – there won’t really be anything new if you’ve already updated to the latest build. For everyone else, there are some significant usability enhancements that have amassed in the various builds since Windows 10 went live.

Microsoft highlights a four different features in its blog post about the update:

But the official post doesn’t mention many of the improvements insiders have seen since Windows 10 launched in July. Many of them are subtle or small changes that make the OS a lot more pleasant to use.

Some of my favorites, in no particular order:

Most of these changes aren’t dramatic shifts the every user will notice. In fact, many people will likely upgrade without noticing anything at all: the changes will arrive like any other via Windows Update.

Still, some of the subtle changes will come in handy when you’re not expecting them, especially if you’re on an underpowered computer. Let’s just hope that by the next big update, Edge will finally get extensions.

Read next: Giffage keyboard brings all the GIFs — even the ones you DIY