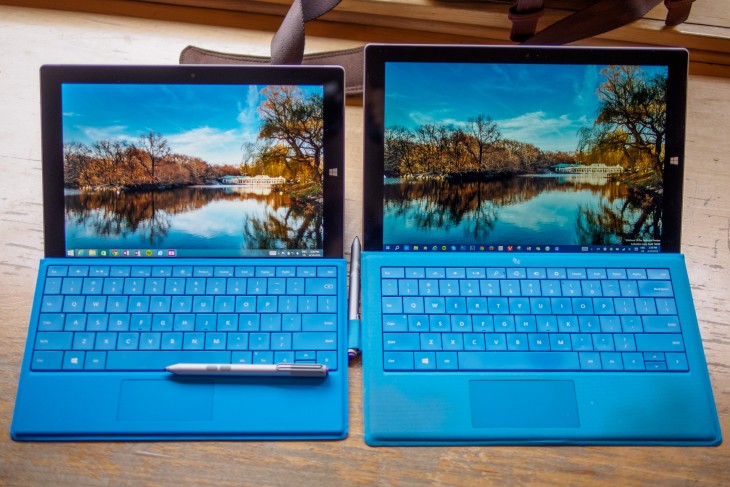 One of the coolest rumors about the Surface Pro 4 is that it might come with an adjustable screen size. Wait, what?

Reports suggest Microsoft wanted to fit a larger screen into a device the size of the Surface Pro 3, making it akin to the Dell XPS 13‘s beautiful ‘edgeless’ display. That’s all fine and dandy until you realize that the screen will be constantly registering accidental touch inputs without an inert frame for your fingers to hold when using it in tablet mode.

The solution? A ‘Smart Frame:’ bezels that only appear when you want them.

That might seem like techno hocus pocus at first glance, but it’s already been done, and the concept really isn’t that outlandish. In 2013, Intel’s North Cape concept turned off a portion of the display’s edges when used in tablet mode to change the display from 13.3 inches to 11.6 and allow a resting surface for your fingers.

North Cape was never released as it was intended as a reference design for manufacturers to take advantage of. It’s an awesome concept that makes a lot of practical sense, and it’s somewhat surprising it hasn’t been done before.

Hopefully, Microsoft really did take the hint. For more on everything we’re expecting tomorrow, check out our round-up here.

Read next: Will this wearable make your mom want a smartwatch?