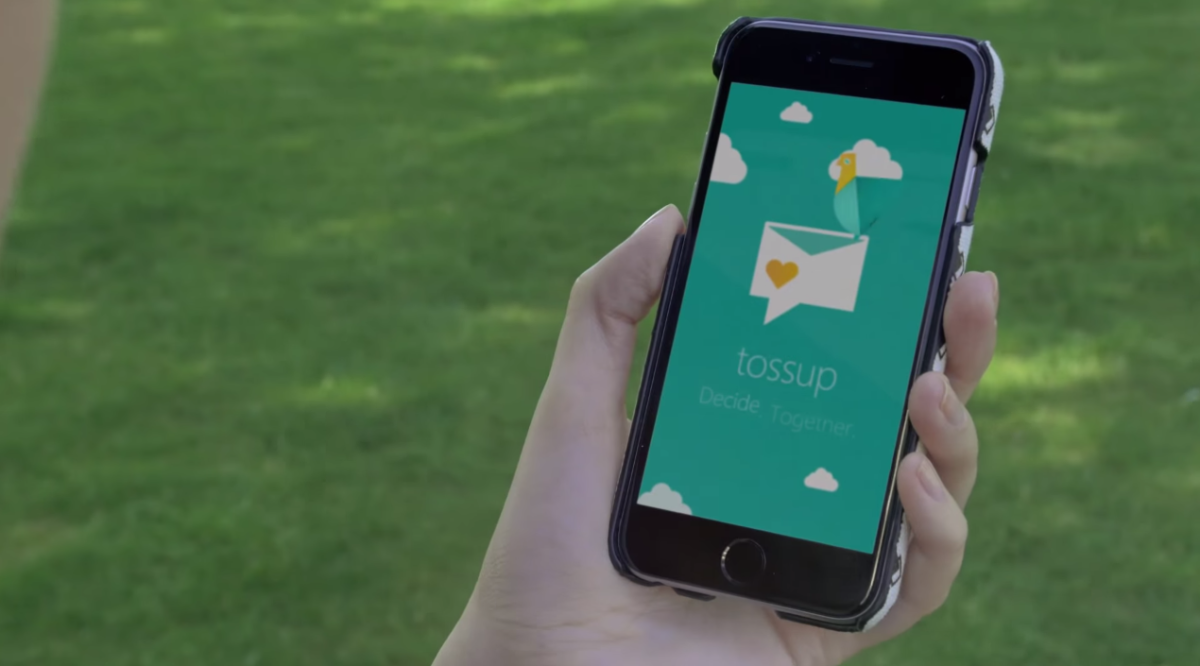 Microsoft wants to take the hassle out of making plans with your friends with its newest Android and iOS app, Tossup.

It’s an interesting concept; the goal is to remove the hassle of having to coordinate plans over various media from email to SMS and instead collect the entire conversation in one place.

Instead, Tossup lets you invite friends via email, SMS or Facebook to vote on on options for things like restaurants, things to do or places to go. One user can provide suggestions for where to eat – the app will pull up reviews and details – while friends vote on their preferences and pick a time.

Tossup will then then collects yes or no counts to help form a consensus. You also have the option to connect your calendar to automatically add the events to your schedule, and the app even includes its own chat interface should you need to sort out finer details.

Tossup is the latest app to emerge from the Microsoft Garage, a project to let its developers explore new ideas. Previously, the Garage has worked on products as varied as a custom lockscreen, a travel companion, and a gesture search app for Android Wear.

If you want to give the latest Garage product a go, you can download Tossup for Android or iOS now.

Read next: Giant American and Japanese battle robots are going to fight…for real