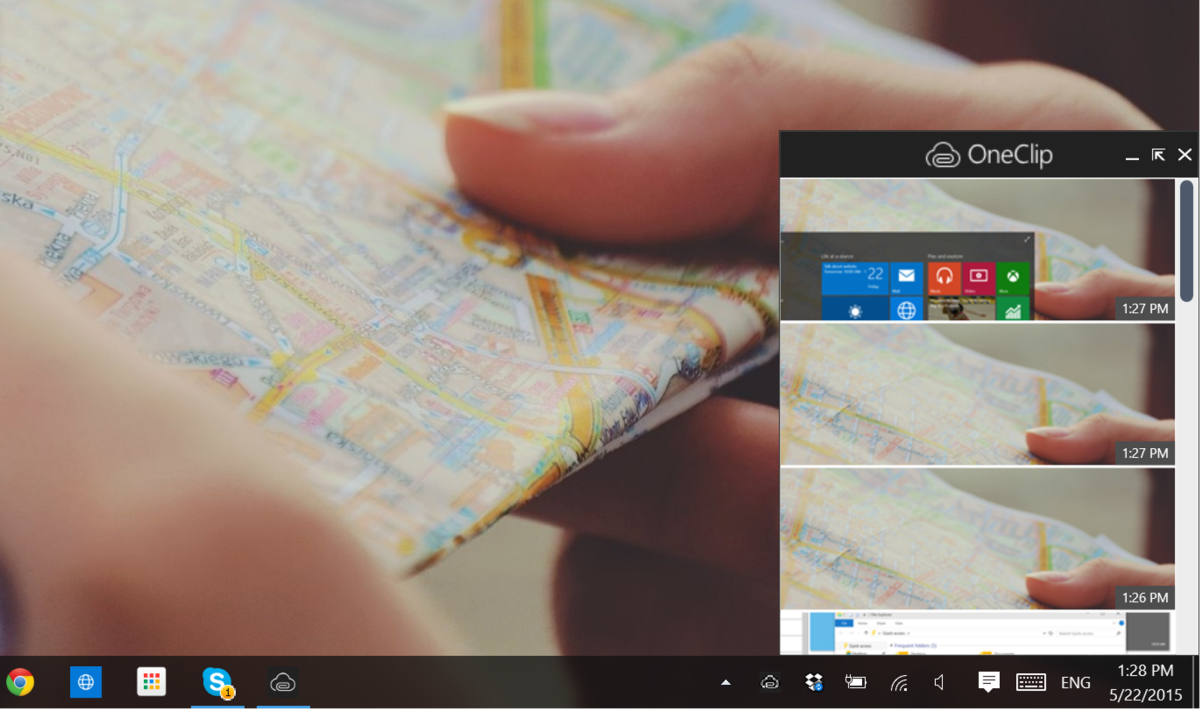 Microsoft is quietly testing an app that intelligently synchronizes your clipboard across iOS, Android, Windows Phone and Windows PC.

The app, called OneClip, is like Pushbullet in many ways, making it easy to access files across devices with little setup, and may mean Microsoft plans to compete with the company in the future.

OneClip automatically detects whether the item on your clipboard is a URL, physical address, phone number, text snippet or an image and categorizes it for you.

To set up OneClip, it takes a few seconds and requires a PIN code generated on one of your devices. You can connect multiple phones or computers to a single account to have clips copied to all your devices.

From there, files are automatically synchronized across devices in a few seconds so you can access clips from any of them. You can quickly filter clips by type, the device they came from or time.

OneClip’s Windows app is touch-friendly and works on Windows 8, 8.1 and 10 devices. On iOS, you can use the native share sheet to directly send websites, images and other media to OneClip for syncing.

Users can also choose to exclude applications with sensitive information from automatically being added, like LastPass and KeePass.

The app is marked as an internal-use only beta and is very rough around the edges, but the company has been testing it since at least 2014.

OneClip is a solid idea, but it’s odd that it isn’t included in Windows 10 out of the box. Since it’s in private testing right now it’s entirely possible that the app will be included in the final release; even in its current state it seems like it would be a great addition for the OS.

We don’t know when OneClip will officially be released and we’re not linking to the files on purpose as they’re intended only for internal use.

Read next: Nokia's CEO is so relaxed about selling its Here maps business that it might not happen