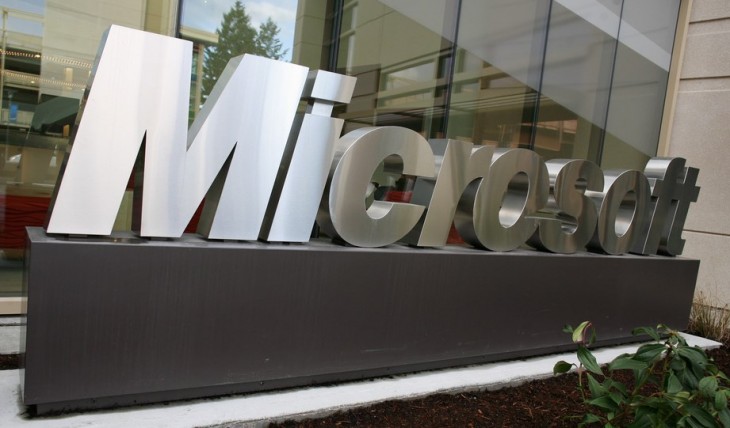 It was Build season in San Francisco, which meant that Microsoft was out in full force both digitally and in the flesh, talking up its future and down its competition. I usually compile a short roundup of sorts each Friday of Microsoft news from the preceding seven days. We’ll need a touch more time today.

The key gist is simple: this week, Microsoft made its pitch to developers to build for its two key, and connected, platforms, Windows and Windows Phone. The shared Windows core of each was an obviously important topic both in keynotes, and sessions.

The developer outreach team even went to Reddit to field questions on its message boards. Right, let’s get into it.

Windows 8.1 is at once a statement and reflection. It addresses obvious flaws with Windows 8, creating a far improved operating system that has a functional chance at market longevity. At the same time, it is a claim that the work started with Windows 8 is not a mulligan, and will not be retracted.

There were some awaiting a retraction by Microsoft of the Metro side of Windows 8; they were wrong, as it turns out.

The refresh is too large to fit in this small section. New interface elements, improved menuing, new photo editing features, a bettered settings function, new applications, killer new search capability and a host of other changes comprise the new code. However, is it enough? As TNW reported after a period of hands on time:

At the risk of overusing a word that should perhaps be typed only once monthly, Windows 8 is… quirky. Sadly, despite its strong improvements, Windows 8.1 does not fully assuage, or solve that fact. […]

All told, Windows 8.1 is a worthy and welcome upgrade, and one that stands up to testing. However, it isn’t perfect, and doesn’t correct all the flaws of its ancestor.

If you haven’t used the new version of Windows 8 yet, it’s time. At a minimum it is something that you must use to understand where Microsoft’s platform is currently heading.

At Build this week Azure had more than a moderate role. Satya Nadella, its chieftain via his status as the boss of the Server and Tools division of Microsoft, held court during the day two keynote, showing off code, tools, and the general availability of Azure Mobile Services.

Let’s cut through this hedge: Azure is quickly becoming a central component of the Microsoft empire, one that powers other sweeping sections of the Redmond roost. The company is quite proud of Azure’s progress, touting during its event that:

Azure has 18 data centers, and over 100 colocation installations, Satay Nadella, the head of Microsoft’s Server and Tools division said during his keynote talk. That network of linked computers helps to power, among other first and third-party usage, Skype’s 299 million users, the “nearly” 50 million Office Web Apps users, and 1 billion mobile notifications from Bing per month.

Nadella also restated that SkyDrive has 250 million users, and that Xbox Live is nearing 50 million subscribers.

That scale is hard to place into proper context given that we lack perfectly time-relevant statistics on rival services. However, given that Microsoft is contentedly bragging, we can be sure that in its view, the figures are strong.

As Microsoft moves towards shifting its software products to service-based contracts, it has to power their delivery. That’s Azure. And as ‘services’ is a full half of its ‘devices and services’ idyl, that role is substantial.

It was a mostly quiet week for Windows Phone, which finds itself in between releases, content to work on the device and market scope sides of its business. That said, Microsoft did release a few key numbers of its app market’s size. The figures will help developers decide if its platform is worth their attention.

Here are the key scores:

Those numbers imply that each Windows Phone application, on average, receives 1,250 downloads per month. The median could be much higher, and certainly well performing applications are collecting interest at a far higher rate. That said, the app marketplace on Windows Phone all feels a bit top heavy, with demand failing to fully match the supply of apps themselves.

And that potential imbalance is difficult for Microsoft, which is investing heavily in attracting new application to its smartphone platform.

What about the Xbox One? At Build Microsoft was mostly quiet about the device, as it had already enjoyed its day in the sun and therefore sat mostly on the sidelines. That said, the device wasn’t left utterly alone. Two Xbox One bits are worth your time this week, so let’s take a look.

Microsoft priced the second generation Kinect for Windows hardware at $399. That’s a higher price as the hardware remains not for consumers. This is developer hardware.

Secondly, Microsoft has revamped part of Xbox’s indie gaming rules that will help those looking to get their titles onto the platform. As TNW reported, now, “developers are no longer being charged to apply post-release patches to video games distributed through the Xbox Live Arcade digital marketplace.”

The Xbox homebrew situation has always been a bit sticky; but with its inclusion onto the shared Windows core, the wind is blowing in a different direction.

Bing is now a development platform, with public-facing APIs that allow applications to source its information and results. As TNW reported after the announcement:

As a platform for integration into applications, Bing for Developers will provide more than simple search results, instead allowing devs to use the knowledge stack of Bing itself, such as its knowledge of specific entities, and the relevance of other forms of information. In short, what Bing knows, and how it knows it, can be used by third-party developers.

This isn’t a surprise, but it does mark a new era for Bing; as with Azure, Microsoft is turning loose what it uses internally for external consumption. The play here, presumably is that Microsoft wants developers to better their Windows 8 applications by leveraging Bing, which it has built using its own cash. We’ll see if developers harken to it .

Last this week, Microsoft has retooled its startup, acceleration, and BizSpark programs to sit under a single roof. The ever pleasant Rahul Sood is taking the helm.

BizSpark, Microsoft’s program to provide discounted software to young companies; its accelerators, built to fuel firms with promise; and its direct investment activity to help it boost firms that are a great fit for its own technology stack, now fit under a single brand: Microsoft Ventures.

As a company, Microsoft is known for wonky naming – Windows Phone 7 Series, anyone? – and branding missteps. This time, however, the move is solid: entrepreneurs now know precisely who to speak with at Microsoft about their work. Without being too nice, which is soporific, Sood is a very decent pickup for Microsoft. He’s more Valley than Redmond in the right ways, without not being perceptibly Microsoft. He’ll do fine, provided internal tension doesn’t constrain his actions.

That’s more than enough. Go outside. Have a bourbon. It’s Pride weekend in SF, so hit a party.

Read next: Vine lands on the Kindle Fire, beating Instagram to the punch on the Amazon tablet