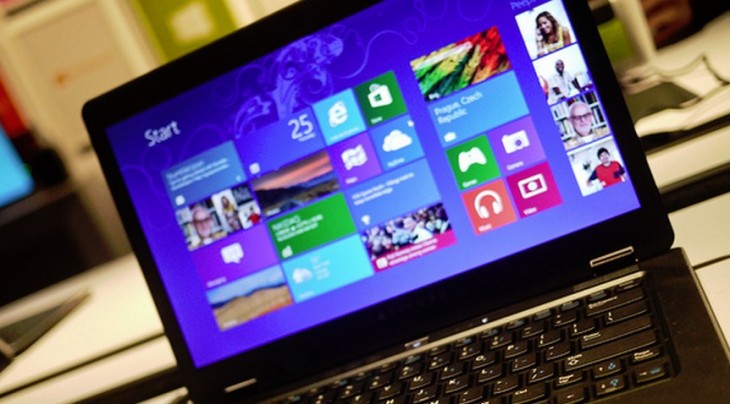 The good news: Start Screen syncing is coming to Windows 8 with the Windows Blue update.

Let’s go over what that means. The usual tag-team of Paul Thurrott and Rafael Rivera are out in force, breaking down what is coming next for the Windows platform. Here’s Paul from today:

[W]e were able to test that sync is working simply enough by just signing in to two different PCs with the same Microsoft account. Voila! Start screen sync works: You get the color scheme as before but also the pinned tiles, their individual sizes, and their arrangement.

Rafael went subterranean, peering into the depths of Blue, ferreting out that tab syncing will come to Internet Explorer, and that it will sync device associations, saving you from reconnecting electronics to new PCs. These changes are welcome, and will improve Windows. However, they are absurdly late.

With the advent of the Microsoft Account (MA) system – the tying of all your Microsoft services to a single login – the company created the potential of a unified experience the likes of which it had never had. We don’t need to relive the Live debacle here, however, so let’s keep moving.

Given the Microsoft Account rubric, Start Screen interface, and work that Microsoft has done with Windows Phone to tie layouts to your MA, it is an obvious expectation that Start Screen layouts would sync across PCs as you logged into them.

After all, if the point of your Microsoft Account is that it is portable access to all your ‘stuff’ that relates to Microsoft, surely the most personal and personalized part of your Windows experience should be included. However, until Blue, this didn’t work.

Listen to how Tom Warren of the Verge details how Start Screen sync will work in Blue: “The syncing means that other PCs using the same Microsoft Account will pick up all the changes and additions to the Start Screen in Windows Blue.”

Amazingly, this wasn’t included in Windows 8!

We were treated to a stream of early builds of Windows 8 that led to the point of general availability. The implicit statement of Windows 8 shipping commercially was that it was feature complete. It wasn’t.

For a detailed look at some of the early features of Windows Blue, what it will bring to Windows 8, head here. As you watch along, ask yourself at every ‘new feature moment’ if the addition is core to the Windows 8 experience, or not. I’d posit that a great number of them are.

And this is only a fraction of what Blue will contain, presumably. The scale and scope of the Blue update belies an annoying fact: Windows 8 wasn’t feature complete at its launch. This friction has helped slow its early sales, stymieing total spend in the PC market. Just ask your local non-Microsoft OEM how their tablet sales are faring.

A friend of mine sent me a blog post written by Hal Berenson, a self-described ex-Softie with no grating ax to grind. His post contains an admission that parts of Windows 8 were left on the editing room floor, excised prematurely. This was the same sickness that Microsoft caught between Longhorn and Vista, as you will recall.

Hal uses the terms V1 and V2 where I have been describing Windows 8’s beta-ish status and Windows Blue, but you won’t get lost. Here’s the key passage [Bolding, formatting: TNW]:

Here is the problem plain and simple.  Windows 8 is a V1 product and it needs to be a V2 product.  Take the Start Screen vs. Start Menu debate.  It isn’t that Microsoft needed to retain the cascading start menu, it is that it needed to provide a reasonable alternative for desktop workstation users.  In previous blogs I’ve thrown out an example.  Why isn’t there a snapped view for the Start Screen?  Then when in the desktop you could have Start bring up the snapped view (assuming a monitor that supports it, which is overwhelmingly the case) instead of losing the desktop to a full screen Start Screen.

Why on high-resolution monitors can’t you have multiple snapped views, or even a couple of “full screen” views?  That would mitigate the desktop user complaint of  Metro not being suitable for large monitors.  I don’t think Microsoft completely ignored these questions (and as I’ve mentioned before, I once saw a Windows 8 build demoed with a snapped view on the left and one on the right with full screen view in the middle), I think they just didn’t make the cut for “V1″.

Microsoft is a company comprised of very intelligent people. This bears true for the Windows team, in my experience. Keep in mind that Blue shows that Microsoft knows what ails Windows 8, and is out to fix the problems. It also, in my view, likely knew before Windows 8 shipped what its extant issues were. And, frankly, the feature bumps that Blue includes were likely under construction at the time of Windows 8’s launch, or were at least planned.

Why would Microsoft launch Windows 8 half-cocked into the market? Let’s answer that.

Work started on Windows 8 before the iPad came out. It made it to market years after. Microsoft understood that touch and tablet computing were among the Next Big Things. What they didn’t know, it seems – and this isn’t directly to their discredit – was that Apple was soon to release a device that would ignite a product category that posed a partially existential threat to its core business.

Thus, once the iPad went on sale, and blew the doors off of everyone’s dusty, desktop PC-driven preconceptions, I suspect that Microsoft began to move with a touch more alacrity. Windows 8 went on to launch a year after its unveiling.

Were there other options? No, frankly. Microsoft couldn’t afford to wait until the Blue-borne updates were ready, as it would have pushed its touch-friendly operating system – and thus all tablets running Windows – back an entire year, or holiday cycle. And the Surface team was ready to go. As were the other myriad Microsoft product groups that shipped code last October and November.

Windows had to get out the door. And thus the Windows 8 and RT products we know them were pushed live.

I’ve called Windows 8 something along the lines of ‘quirky’ since its formal release. Blue looks like it will help the operating system greatly, by completing it to a full, version one build status. I could be wrong on this. Blue could disappoint. I don’t think that it will, however. My opinion on that is more gut check than anything else.

You might think that our above argument is unfair. If Microsoft only had so much time, and could only get Windows 8 to a certain point, is it decent to fault the company for not shipping something perfect? It is, in fact, because a company with as much capability – in terms of mental power and financial resources – as Microsoft does should never be granted clemency.

That said, Microsoft’s inability to ship the Blue feature set at Windows 8 general availability is its own issue; the problems that Windows 8 has experienced in the market that are fairly sourced on its quirks are its burden.

Blue is coming. If late. We’re at least going to see a demo of Blue at Build 2013 in a few months. Let’s hope we get code intead, and that it goes far beyond our expectations.