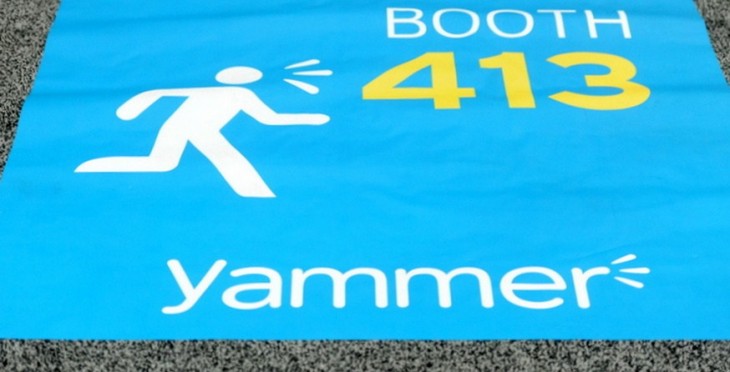 SkyDrive Pro […] Yammer is implementing it as the underlying platform for file storage. In addition, Yammer is enhancing the ability to preview and edit files directly within Yammer feeds using Office Web Apps. The combination of these capabilities will dramatically enhance a user’s ability to create, collaborate, share and discover content within Yammer.

The $1.2 billion purchase of Yammer by Microsoft was a surprise for some, but that the company is baking it into its current Office gang of apps and services is not.

As Mary Jo goes on to note, “Yammer will be integrated with other Microsoft products and services from an email, instant-messaging and video conferencing perspective,” and that future Yammer-Lync-Skype integration is likely.

This isn’t idle speculation: Microsoft is on a unification kick, and thus to expect anything less from Yammer than its complete subsumption into the Office SKU lineup – Office 365, SharePoint, and Yammer in the same bed, if you will – feels more of a when than if question.

To that end, you must ask yourself what sort of role Yammer will play: platform or feature. Will Yammer remain a standalone application that other services, Lync and Skype say, plug into and work with, or will it be baked into another, currently standalone product?

If it remains a standalone product, it would appear obvious that it will be an eventual component of Office 365. It will need a name change – Microsoft Collaborate Basic, and Pro, probably – but it could fit well inside Microsoft’s subscription productivity offering, as that is precisely what it was to begin with.

We are seeing but the early days of the integration of Yammer into the larger Office ecosystem, something that is being done at a measured pace likely due to both Yammer and Office hesitancy on the matter; where does this newfangled Yammerish thing plug in?

New tools however, have a way of shaking things up. To that end, Yammer’s acquisition brings more than a new team to Microsoft, but a fresh product variety to the firm’s lineup. Now it’s up to Microsoft to decide its long term place among the Office roster.

I’ll bet you a beer it doesn’t ride the bench.

Read next: Open letter to Sheryl Sandberg published in the WSJ is chock full of crazy