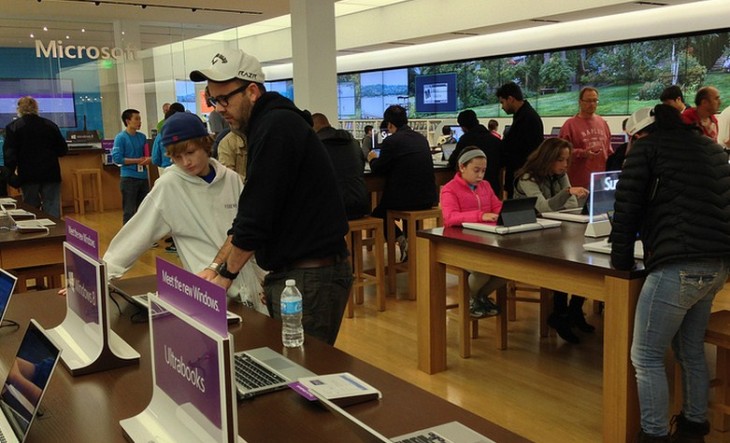 Microsoft is lifting its press embargo on extensive, hands-on reviews of the Surface Pro tomorrow at 6 pm Pacific time. Until then, however, a veil of secrecy lies on the product. Unless, of course, you want to go and play with one right now. That’s totally cool. Microsoft won’t mind.

Surface Pro units have been cropping up in stores around the United States for a day now, but it seems that Microsoft is turning up the heat. Today Paul Thurrott published that he received an email “from Microsoft to its customers, inviting them to come to their local Microsoft Store to check out Surface Pro.” That’s a bit on the head.

So, Microsoft is flooding its channels ahead of time, and even encouraging consumers to go and touch the devices. But it isn’t allowing the media who it provided with demo units to write about them, and the folks who go to grope them will leave empty-handed until the 9th. Makes perfect sense.

So, I can’t tell you a damn thing about my time on the Surface Pro right now, but if you come back at dinner time tomorrow – West Coast dinner time, natch – I’ll have lots to share. If you don’t want to wait, and live near a Microsoft Store, Best Buy, or Staples, you can probably just go review the thing yourself and thus avoid reading my few thousand words of thoughts on the device. Your call.

This must be the oddest product launch I have ever seen.

Read next: Facebook may soon launch an app to compete against Apple's Find My Friends