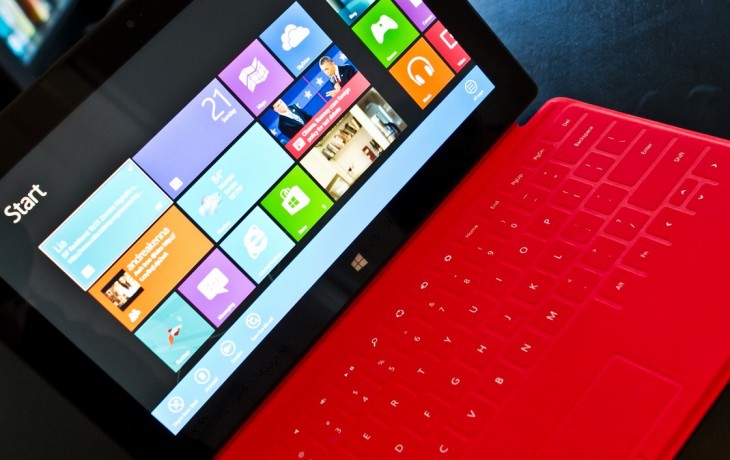 If you are a full time employee at Microsoft, you should either have received a Surface from your employer, or will shortly.

Employees in 12 countries are in the chute, including folks in France, China, Australia, Hong Kong, Austria, Ireland, Puerto Rico, New Zealand, Germany, and yes, the United States. According to ZDNet, the goal is to get Surfaces into the hands of employees in time for Christmas.

Softies in other countries will be reached in later rollout phases. The company has roughly 94,000 employees.

As TNW recently reported, Microsoft is currently expanding sales channels for the Surface to include outlets that it does not control. Best Buy and Staples are key providers of the tablet hybrids for the holiday sales season.

It has been widely reported that the Surface, along with Windows 8, are under-performing internal expectations. That in mind, the addition of additional sales locations isn’t surprising.

Does the action of providing every Microsoft employee with a Surface help the device? Certainly. In major metropolitan areas where Microsoft has a campus, thousands of individuals will be given a Surface to use as they please, which will help them crop up in coffee shops, bars, and the like.

Also, the gifting of such devices to employees is an effective morale boost. The following tweet well evinces that fact:

Microsoft isn’t alone in providing Christmas cheer. In 2010 Apple gifted its employees a fleece blanket and thermos. The following year, Apple denizens were given hoodies.

For more on the Surface, our hands on review can be found here.

Read next: Apple returns ability to gift apps from iOS 6 App Store, but makes it a bit obscure