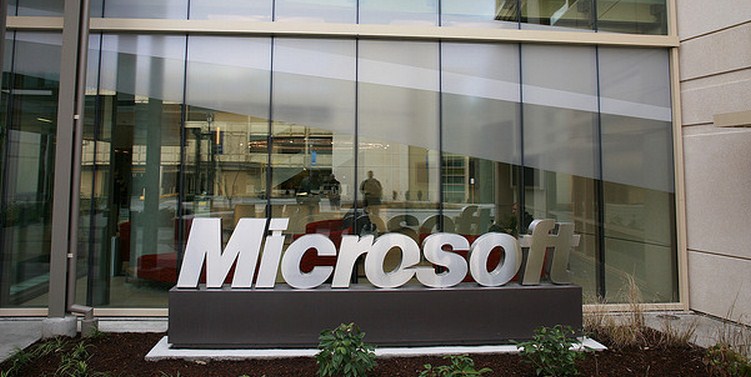 Today at an event in San Francisco, Microsoft unveiled the final pieces of its Windows Phone 8 product. Previously, the company had detailed a number of features of the update to is mobile platform, focusing on developer tools and capabilities. Today, the consumer side of the software was shown off.

This post is divided into two sections: First, a short overview of Windows Phone 8, with commentary on how it fits into the Windows Phone brand, and the larger smartphone market as a whole. Following, we’ll dig into a number of specific features of Windows Phone 8, highlighting what we find the most important, and relevant.

As an aside: Microsoft’s document detailing every Windows Phone 8 feature detail and update is 240 pages. Be glad that we’re gisting this for you, and not feeding you each and every new line item in the operating system.

Windows Phone 8 fills the void left by its predecessor.

Thus, as Windows Phone 8 is the natural – and far superior – completion of Microsoft’s first vision for Windows Phone 7, if you liked the platform before, you are going to love this new version. That said, if you were not a fan of Windows Phone before, it is unlikely that the new features that the company has introduced up will sway you.

Shared core and its benefits

As you may know already, Windows Phone 8 now shares a core of code with Windows. This is a product decision that was controversial, to say the least. To bring Windows Phone closer into the orbit of Windows, open new doors for the platform’s hardware makeup, and potentially boost its developer interest, moving it to this shared core makes sense. At the same time, releasing new software that every previously sold Windows Phone handset cannot run is frustrating to many early adopters.

That said, Windows Phone 8 has hardware support options that are far better that what was present before. Windows Phone 8 – due to this shared core codebase – now supports more screen displays, multi-core processors, and removable storage. This means that Windows Phone devices can now be more powerful, and more diverse. And as the hardware line for the phone line has always been a touch too stale, this is a welcome and important change.

Microsoft’s vision with Windows Phone is that it should be intensely personal. So much so that when you fire up your device, it is a direct representation of what you like, what you are up to, and who matters to you that day.

To that end, the company has revamped the start screen to allow for more total customization. Tiles now come in three sizes, breaking up the ‘Live Tile’ wall that was perhaps a touch too monolithic in early builds of the software.

Will consumers flock to this as a feature? I asked Microsoft on the telemetry regarding Windows Phone homescreen customization, but was told that they don’t track it. That said, the company does seem to hope that by giving consumers more tools and capabilities, that they will in fact take advantage of them. It also mentioned that out-of-the-box, the start screen doesn’t have much in the way of the smallest tiles, to help prevent new users from suffering from information overload.

The new start screen is a godsend for nerdy types who want more information, and now. And for app power users, the ability to flip and swipe about your live tiles, and resize them to change what sort of information they display and how, will be welcome.

For average consumers the start screen value proposition is roughly the same.

Earlier on I mentioned how Windows Phone 8 feels much like the natural completion of the early Windows Phone project. I’ll now provide you with two examples to that end.

Search is now more personal on the platform. It’s linked to Facebook via Bing Recommendations. This makes it a simple, quick way to lean on your social graph, to help you make decisions on things like apps. Also, the Windows Phone Store will now track your usage – uninstall rates and the like – to help serve you better guesses at what you might enjoy.

Two small things, each of which doesn’t revolutionize Windows Phone, but do make its experience richer on the whole.

Perhaps most exciting for Windows Phone users making the leap to Windows Phone 8 is a new feature called ‘Rooms.’ A Room is a sub-Group. In it, you can interact with your selected number of folks in what is essentially a dedicated mobile space. Rooms have chat, calendar functions, photo sharing, and the like.

Essentially, a Room is a micro social network designed for intimate sharing among close friends. I asked why didn’t Microsoft simply buy Path, and bake it into the product. My comment was expressly not reacted to in a way that could construed as meaning anything.

That said, Rooms is a feature that could in fact drive adoption of Windows Phone. How so? Rooms work with other phones, but in a very broken way. Thus, folks not on Windows Phone, or really, those not on Windows Phone 8 itself, will suffer from a very limited experience, whilst other folks in the Room do not. I can see this happening on the occasion.

Do your kids love to grab your phone? Well, rejoice, Microsoft has built something for you. Kids’ Corner is a new environment in Windows Phone that provides tots with a fun smartphone experience, with certain customization elements, and plenty of safety.

Children can customize their tile color, and background if they wish, giving them the illusion of control. Parents, who have access to the main part of Windows Phone, can add and remove apps from Kids’ Corner.

I like to kid that Microsoft is made up of an army of 45-year-old parents in happy marriages – which is only a slight exaggeration – making this feature in fact uniquely specific to the company. It’s not hard to guess how the Windows Phone team came up with the idea, they probably needed it.

Microsoft is bringing everything under the aegis of Microsoft Accounts. In fact, if it had its way, you would never have to log onto more than two things: Your Microsoft Account, and Facebook. Let that bounce around your head a bit.

I raise this fact as it’s very much the same sort of experience that Windows 8 brings to consumers. Therefore, if you know how to use Windows 8, the experience in Windows Phone 8 will feel very familiar, and vice versa.

I’ll conclude on this note: With Windows Phone 8 Microsoft moved its smartphone platform all but on top of its operating system aimed at both tablets and other computers, Windows 8.

In fact, using Widows Phone 8 feels a bit like using a modified version of Windows 8 designed with smaller screens in mind. I’m kidding, that’s exactly what Windows Phone 8 is.