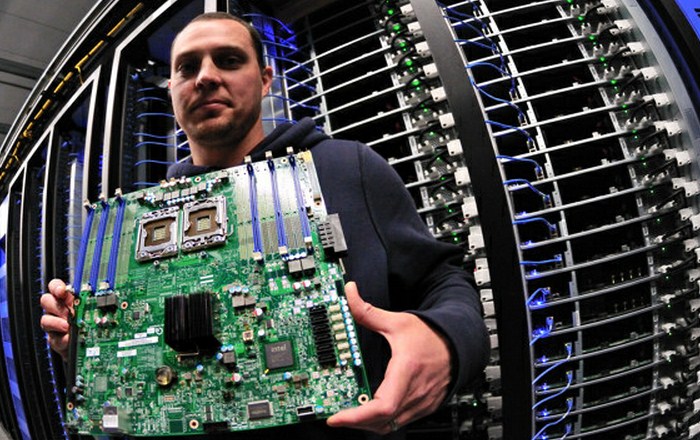 As expected, Microsoft has made it known that Windows Server 8 will be called ‘Windows Server 2012.’ The software will be released later this year. Microsoft calls it a ‘cloud-optimized OS.’ The beta for the software began in March of this year. Here’s how we covered that specific milestone:

Windows Server 8, in case you have forgotten, contains a new version of Hyper-V, which supports multi-tenant capabilities for cloud computing. The Azure team is sure to love that. In its post announcing the beta (which came out today, naturally), Microsoft also touted the product’s “tremendous amount of new capabilities for multi-machine management and automation.”

That announcement came out under a cloud of Windows 8 news and coverage; it was effectively buried. One has to wonder if Microsoft intends to repeat the act, dropping Windows 8 and Windows Server 2012 at the same time later this year, at which point Window Server would lose yet again.

Despite being an important product and major release, compared to the firestorm of Windows 8 coverage that will occur, the software can’t compete; the enterprise is never as sexy as the consumer.

And finally, just for clarity, what else is in Windows Server 2012? Resilient File System, or ReFS, which will grant new power to manage huge amounts of data, protecting it from corruption and other deleterious fates. In the age of Big Data, it’s an important add.

If you want more information on the beta of the product, head here. And if server-side stuff is your bag, don’t forget that SQL Server 2012 has gone RTM.

Read next: Twitter's Innovator's Patent Agreement says its patents 'will be used as a shield, rather than a weapon"