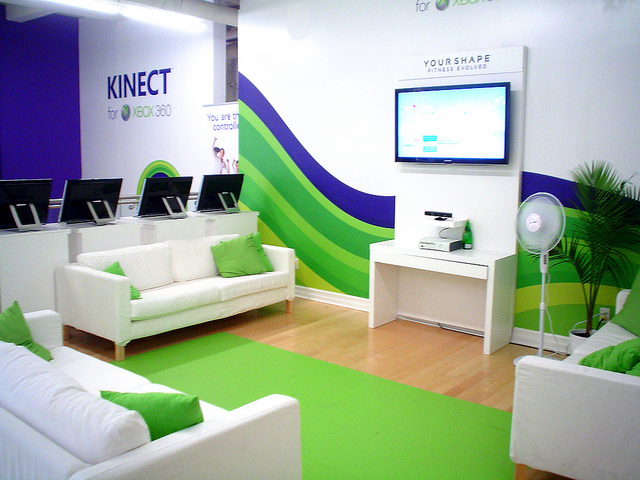 Microsoft knows it is on to a winner with its Kinect accessory, having sold 18 million of them in a year since its launch, recently announcing that it would soon be available for desktop PCs.

However, the Redmond-based company could also be looking to integrate its technology within laptop devices and other portables.

The Daily had the chance to take a look at two prototype devices from ASUS running Windows 8 that featured Kinect sensors along the top of screen, with a set of LEDs running along the bottom.

The News Corp. publication didn’t share how the device could be used but says that a Microsoft source confirmed that the devices were official prototypes of laptops that featured a Kinect sensor.

Kinect’s wireless technology could enable laptop users to interact with their Windows 8 installation and associated applications, also providing new ways to play games with portable devices for disabled users, in one instance.

We must point out that ASUS has been working with PrimeSense to incorporate Kinect-like technology into its new devices, as announced at CES 2012. Given that PrimeSense includes some its technology in Microsoft’s own offering, The Daily could have linked Microsoft’s Kinect branding with ASUS’ own developments.

Microsoft CEO Steve Ballmer announced at CES 2012 that the company will begin selling its Kinect gaming accessories for Windows in twelve countries worldwide from February 1 for $249.99. The launch will see the gesture-based product made available in the United States, Australia, Canada, France, Germany, Ireland, Italy, Japan, Mexico, New Zealand, Spain and the United Kingdom.

We have reached out to Microsoft and ASUS for comment on the new devices, to see whether they are new developments between the two companies. We will update the article should we receive a reply.