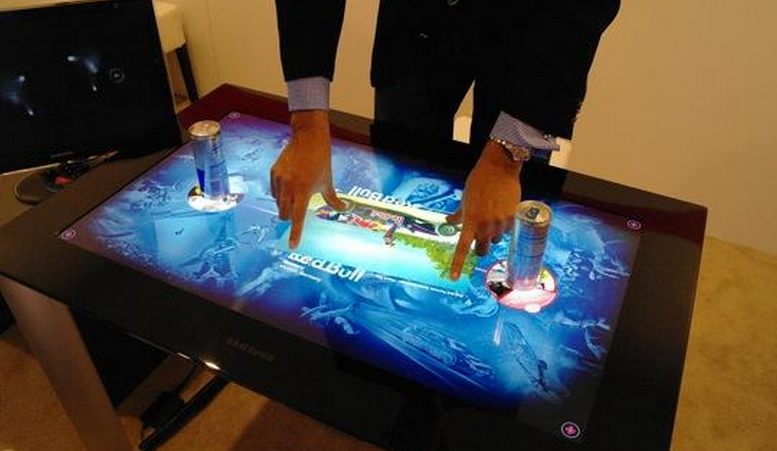 By now you have likely played with the first generation Microsoft Surface. They are in Microsoft’s stores, at its events, and have found homes in the venues of several partners. This long into its product cycle, however, they feel dated, a bit slow, and huge, given their physical bulk.

Enter the Surface 2, which today went on sale in 23 countries. The device itself is a tribute to how quickly technology can improve. The second generation surface is faster, smaller, and has better finger tracking. Oh, and its cheaper. According to the official Microsoft blather on the device, it “continues to capture the attention of industry influencers, from international businesses to media outlets.” I suppose this post attests to the ‘media outlet’ portion of that.

If you don’t know about the Surface 2’s brass tacks, this is what you need to know: It is a roughly normal computer (multicore AMD processor, 4 gigabytes of RAM, etc) hooked up to a very special 40″ display that employs something called ‘PixelSense’ to track a great number of fingers across its, well, surface. It’s thin, and mountable on a wall. That’s really it.

The Surface 2 is better than the Surface 1, and costs some $2,600 less. That means that instead of setting you back $11,000, the Surface 2 will put a $8,400 dent in your credit card. I’m sure your landlord won’t mind being paid a full year late, right? At that price, the Surface 2 is not a consumer product, but let’s look to the future. Assuming that cost declines per Surface generation remain steady, the Surface 4 should cost around $3,200. Hell, that’s not impossible, right? And the hardware will be vastly superior. The Surface 2 outclasses its parent completely, imagine what its grandson will do to it in comparison?

The Surface 2, given its new vertical mountability, and lower price point, will enjoy greater commercial adoption than its predecessor. We don’t get to bring one home yet, obviously, which is disappointing. But eventually? You better believe it. After all, we all want this, right?