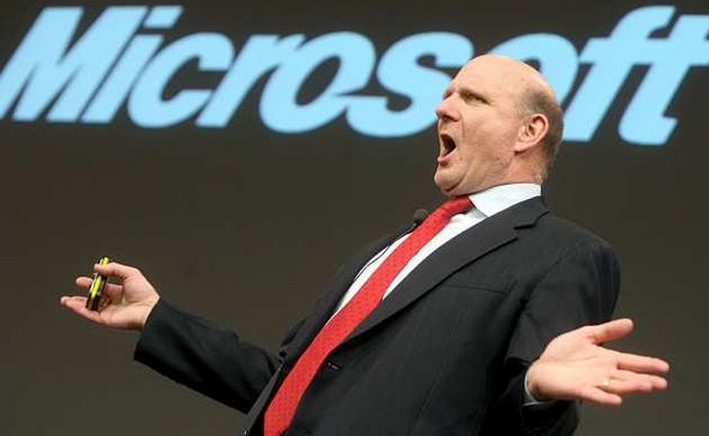 It’s Friday my dear friends, and that means that it is time for us all to sit back, make a cocktail, and take a gander at the Microsoft news for the past week. It’s been a lighter week than usual, with the Windows team mostly taking a breather, so we are going to take a nice, relaxed tack through these seas.

For this week’s question, sound off in the comments if you are keeping track of Windows 8. We here at TNW Microsoft are trying to bring you the best coverage of the forthcoming operating system that we can, but honestly, are you interested? If not we can jigger our content focus back to other things, like Skyrim, perhaps. Kidding aside, we’d love to hear from you.

Now, make sure that you are following us on Facebook, and Twitter, and let’s dig into the news.

It’s been a bits and piece week in the Windows Phone corner, so here are the things that you need to know: Microsoft is rolling out its ad campaign in India, sporting what is being called ‘Hinglish;’ HTC’s Titan handset is landing on AT&T on November 20th; Microsoft has a new plan to limit Windows Phone app piracy, but isn’t turning it on quite yet; The Nokia Maps XAP has leaked, if you are so inclined; Microsoft built a 6 storey high Windows Phone in NYC.

That’s the news, but this week we also brought to you our own Drew, who argued that “Windows Phone is one of the big three, whether you like it or not.” That caused a stir, as you can imagine. His point was that we now live in an iOS, Android, and Windows Phone world. Microsoft must like to hear that, but BlackBerry fans hate the concept. Then again, if Windows Phone has a strong holiday sales cycle, it could be that Drew’s idea will be vindicated.

It’s going to be interesting to watch the new Windows Phone hardware perform once it hits the world’s stores. We’ll have an eye on it.

Are you an Xbox user? That’s well enough, but if you are not an Xbox user who is in the new preview of the upcoming dashboard update, then you are not one of the cool kids, I hate to say. Don’t worry, I’m not either. This is what is going on:

Included in the update, which was code-named ‘Madrid,’ is Bing search capabilities, a newly Metro-ized interface, YouTube integration, new content from some 40 partners, and voice recognition support. It’s a large package, to say the least.

And it is now out and about. Call your friends, one of them must be in.

This is not that surprising, when you take a longer view of the situation: “Here is a fact: Silverlight, once a Microsoft golden boy, has been on the decline for some time. Here is another: Microsoft has been ‘redefining’ its place among other application frameworks, effectively removing the need for its existence.” So to have Microsoft move to pull the plug is no showstopper, but is perhaps odd, given that the company is still deploying Silverlight to its Xbox platform.

That aside, the future appears more and more set: Silverlight is heading out the door.

There were two Windows stories that mattered this week. One involves Windows 7, and the other Windows 8. We’ll start with the former.

Given that I am more dork than man, I took upon myself that task of estimating the number of Windows 7 copies that should be sold before the rise of Windows 8. I called the exegesis the ‘sunset of Windows 7,’ as it was a look at the tail end of a good product. This is the verdict: “At some 650,000 copies sold per diem, the average thus far, Windows 7 appears set to sell around 230.75 million copies before Windows 8 takes its spot as the Microsoft breadwinner.”

In regards to Windows 8, we only had one morsel this week, a look at how typing will function in Internet Explorer 10 moving forward. It will include auto-correct. This is why it matters: “As Windows 8, for which Internet Explorer is being built (it will run on Windows 7 as well), has a new touch focus, the IE brand needs to adapt to help the OS meet its goals.”

And that is your week! Stick around for more news as it happens.

Read next: '1% of Nothing' asks startups to pledge 1% ownership of company to social good