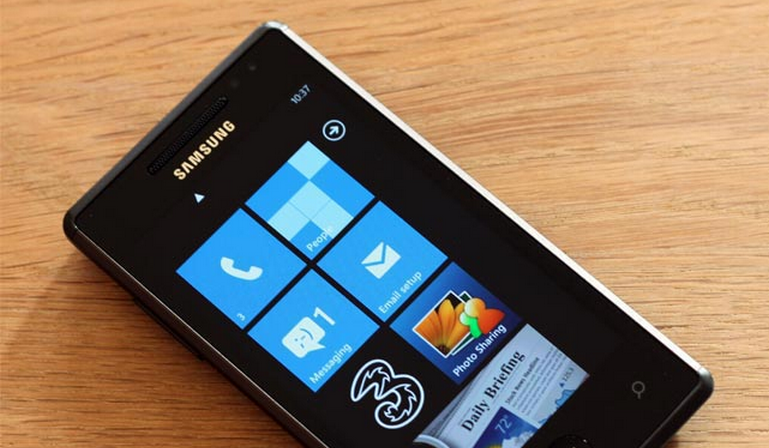 The NDA is over: let’s talk about Mango.

Over the past week I have been in the possession of a Samsung Focus running a mostly functioning version of the Windows Phone 7 update generally called ‘Mango.’ No, I didn’t find it in a bar, Microsoft mailed it to me. And no, you can’t touch it.

The phones that Microsoft lent out for testing do not contain a full Mango build, but are instead running a mostly complete edition. Certain elements of Mango are simply turned off, as they were deemed not yet ready for review. This is a shame, but I can understand Microsoft’s reticence to allow the press play with features that are simply still half-baked.

Obviously, this means that there are certain parts of Mango that I cannot comment on because my Mangoed handset does not contain them.

That aside, I have a number of observations based on my testing that have implications for WP7 as a platform, and for all WP7 fans who might be worried about the future of the phone line. This is not an exhaustive walk through of Mango, feature by feature. That would take 10,000 words. Instead, this post is an anthology of what stood out to me in daily use.

What you find to be compelling in Mango might be different. If there is something that you would like me to cover, send an email to [email protected] and I’ll either post about the feature, or email you notes if it is too small to warrant a write-up. Finally, recall that it remains impossible to take screenshots with WP7, so there will be little in the way of images in the pages below.

To put it simply: Mango is what WP7 should have been when it was first released. Mango fills out the operating system, irons out problems that have been bothersome since the launch of the phone line, all while adding the features that have been most conspicuously missing.

If you like the direction that WP7 has been moving in, then Mango will be exactly what you have been waiting for. If you don’t like WP7, and find it to be simplistic, Mango is not going to change your mind in the slightest; the update is Microsoft doubling down on their initial strategy and refining it into a market-ready product.

When WP7 came out, many reviews noted that the software felt a touch ‘beta.’ Mango is the solution to that, and it shows in every inch of the build.

You can find an expansive Mango feature list here.

IE9 Mobile is miles ahead of IE7 Mobile

One of the most important upgrades to WP7 coming in Mango is Internet Explorer Mobile 9. Current WP7 handsets run a IE7 variant that is clunky, slow, and renders poorly. It’s a drag, literally.

IE9 Mobile in Mango is a wonderful change. As I went directly from a NoDo’d Focus to a Mangoed Focus, I have a clear picture of current WP7 browsing compared to Mango browsing. IE9 is faster, and has the compliance chops to not butcher your favorite pages.

Also in IE9 Mobile Microsoft moved the URL bar to the bottom of the screen, making it easier to snag with your thumb. I didn’t expect this to be much of a change, but in practice it is actually quite useful. All in all browsing with IE9 has solved the quirks and problems that were present in IE7. Microsoft will drone on about hardware acceleration, something that has yet to truly prove itself in regards to the mobile web, but general browsing is now no longer a pain. And it’s about time.

I would stack IE9 mobile favorably against both of the browsers in iOS and Android, something that I would not have said with IE7 Mobile.

You can read our previous coverage of Internet Explorer 9 Mobile here.

Throughout the Mango build, minor user interface tweaks abound. By way of a few examples, the volume bar has been reworked and is actually now quite pretty. The splash screen has been adapted, and so forth.

There are more, but this is a small point that we merely wanted to inform you of. It’s not a shocking difference, but you notice the changes as you run through the OS. I didn’t see any changes that I disliked, for what it’s worth.

Bing’s new Vision, Audio, and Local features are all usable, and convenient. After swearing various scientists (two physicists and and a chemist) in my family to secrecy, we had a number of contests between their iPhones and Android handsets, and my Mangoed Focus, and found what all offer to be roughly equivalent. However, we agreed in the end that as my phone had the features integrated, it had an edge.

Now, sadly, certain parts of Bing Vision are disabled on the unit that I was lent, but what I could test worked quite well. Translation through Bing Vision, similar to what Google Goggles offers, is so powerful that it almost feels like a magic trick. I suspect that it will be a community favorite once Mango makes it to market.

You can read our previous coverage of the coming Bing upgrade here.

Multitasking is a go

Multitasking. You’ve seen the demos. It works. It’s fast. You are going to love it. There is nothing else to say, except that faster app switching will reduce your brow furrowing. It’s nice, but not huge.

During an interesting phone call with the WP7 team, they pointed out the new mobile podcast downloading and management functions that Mango contains. I was surprised, as I have always assumed that podcasts are very niche. To the contrary, I was told, it was a requested feature.

If it’s your thing, Mango’s podcast support is top-notch. You can even, ahem, find TNW’s podcast in there. No really, you can, so go download it.

Much to my chagrin, Twitter and LinkedIn integration into the People hub, and Facebook chat were disabled in my demo unit. I’m sure that you were looking for a few notes on those items, but I can’t comment. I did make a point of complaining. If Microsoft does provide a firmware update to this focus (I’m now running a special, off-market version of Zune to handle Mango on the phone), I’ll do a full post on the matter.

I can report that the Twitter app for WP7 is still utter tosh, if that helps, but you already knew that.

Microsoft is pushing soft search buttons in applications, as the dedicated search button on the phone is strictly for Bing. This is a very useful campaign. There is a search button now in between the homescreen and application list which reacts to each letter you type in, almost like Google Instant, but for installed apps and not web pages. If you enjoy testing apps, and have a slew installed, this is going to be a small, but consistent time saver.

Mango also features more siloed search, keeping apps, music, and so forth separate in the Marketplace, allowing for much cleaner searching. This is very useful for finding content without pulling your hair out, the experience that was quite the norm before Mango. I’m actually worried about going back to my NoDo’d phone when Microsoft asks for me to send back this loaner.

I could go on about Office, Xbox LIVE integration, and so forth, but as we are racing past 1,000 words I am going to cut this short. Mango is a fine upgrade to the WP7 platform, and one that will bring it neck and neck with the current offerings from Apple and Google. If that will still be the case when Mango actually lands late this year remains to be seen, and if Mango can sustain WP7 for a full year is not a settled question. I think, after having most of it for a week, that Mango will hold up well. Especially if Microsoft manages a smooth roll out for the upgrade to current WP7 owners.

WP7 is a different approach to the smartphone than the one taken by iOS and Android, and Mango is the first full iteration of the WP7 aesthetic. If it does well, Microsoft will have struck a nerve. If not, it’s mobile future is over.

Based on what you have read, sound off in the comments if you think that Microsoft is moving in the right direction.

Of course, be sure and check out the archives to see all of our Mango coverage.