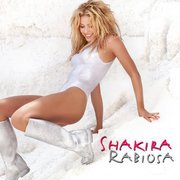 Microsoft’s new phone platform is heading to the world’s biggest cell phone market, China. The phones are expected to go live in the country in the second half of next year.

Microsoft is conducting talks with numerous Chinese companies concerning the production of Windows Phone 7 handsets in the country.

While Windows Phone has long had a strong foothold in China, as the OS has aged it has begun to slip when compared to Android, iOS, and the ever popular Symbian. Windows Phone 7, Microsoft’s answer to that exact problem around the world, cannot arrive soon enough.

To put the rise of Android in China in perspective, consider this quote from Michael Kan of PCWorld: “Android was on 8.6 million smartphones [in China], up from 0.9 million six months earlier.”

Considering the other side of the equation, there are around 12.6 million phones in China running the older Windows Phone 6.x operating system in China. Microsoft is clear in a position to lose massive market share if it does not act quickly to combat the rise of Android.

Will Windows Phone succeed? At least according to Lu Libin, an analyst for Analysys, “Windows Phone 7 has an opportunity to succeed in China.” We’ll see when the phones come out.