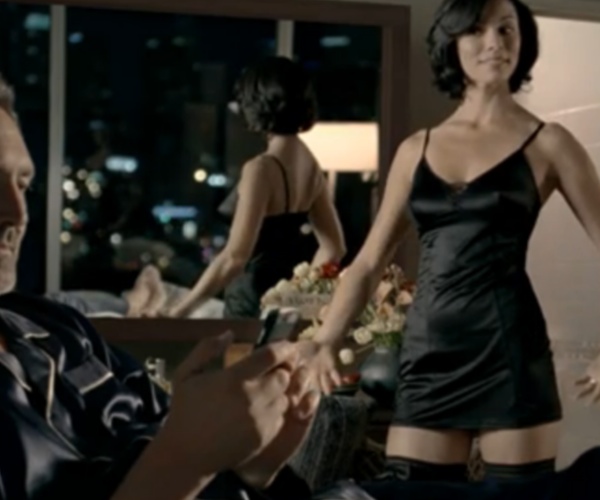 In these past few days since I posted the “That New Windows Phone Ad: Disaster?” post and Zee posted his “The New Windows Phone Ad. Genius?” post I have shown the ad to a couple of people. People were equally mixed about the movie itself as Zee and I were. But one thing does stick out: everybody recognized these situations where people just seem obsessed or mesmerized but their phone in a way where it becomes rude and anti-social.

So today, 48 hours after I wrote my “Disaster” post I’m reversing my opinion: this ad IS a work of genius!

There, I’m not too proud to say I’m wrong. The genius part lies in how this campaign came together. I still think the ad is a tad confusing but that confusion quickly makes way for admiration when you think about how smart Microsoft’s approach is.

So what did they do? They say it does less.

In any other universe that wouldn’t have made sense. But against the iPhone and in the world we are living in it makes perfect sense. We all know those people who insist on checking their email during the movie, or tweeting during dinner, or updating their status on facebook right after sex (okay, maybe not). By saying they have a phone that solves that problem they will appeal to a lot of partners who are fed up with their partners constant use of their blackberry, Android of iPhone. I can totally see it now!

“Honey, put that blackberry away. We are having dinner”
“In a minute baby, let me just, aahh, let me, ehm, finish, send, done. I’m back, what did you say?”
“Why don’t you just get rid of that damn blackberry before it ruins our relationship and get that new Windows Phone 7!”

Of course, once you upgrade to that new beautiful shiny Windows Phone 7 device you will use it just as much as before. After all, that first screen only tells you how many emails you have, how many updates there are and how many has changed since you last checked (like 18 seconds ago). To actually see that last tweet you will still have to dive in.

But who cares? By the time you find out about that you will already own one.

So yes, this new strategy is insanely great, steals a page out of Apple’s book and puts Microsoft right back into the game. Hats off to you!

The movie, one more time:

Want to find out more about Windows Phone 7? Check out the “Microsoft: Who Poked the Sleeping Dragon?” post and the “Windows Phone 7 Website Goes Live With Detailed How To Articles & Apps” story. For an indepth story on how the Windows Phone 7 stacks up against the Iphone read this: Windows Phone 7 Heads Up Against The iPhone.

Read next: Official: "UK Netflix" LoveFilm is coming to Playstation 3