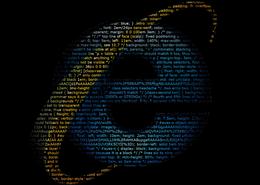 The IE team seems to be gearing up for presenting their next generation web browser and they seem to be doing it in style.

Veteran Microsoft observer, Ed Bott shared on twitter that he got a bunch of crayons with some indication that it came from the IE team. A few days back, they sent an IE3 t-shirt to commenter. They’ve been sporting enough to send flowers for the IE6 funeral as well. Here are the contents of the package sent: In a blog post, the IE team has announced that they will be releasing IE9 beta on the 15th of September at Beauty of the Web event in San Fransico. The event is a closed event for hand picked developers, designers, bloggers and press. According to Ed Bott, Microsoft has registered beautyoftheweb.com which currently shows nothing.

A new UI is expected, whether it’ll be Metro inspired or build on the Ribbon interface is anyone’s guess.

Read next: Is Twitter giving up on search or simply redefining it?