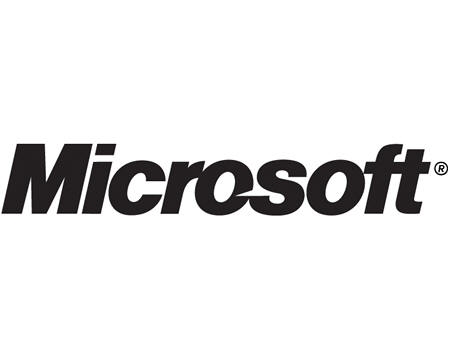 TNW Network Editor’s Note: This is NOT a sponsored post but a welcome to The Next Web’s new Microsoft channel where, as you might imagine, we will be discussing, dissecting and bringing you news of Microsoft’s every move. Microsoft always knew how revolutionary the Internet would be, Bill Gates outlined Microsoft’s direction in an internal memo titled The Internet Tidal Wave back in 1995.

Another memo from Bill Gates in 2005 and several attempts later Microsoft now has reached a stage where they are a formidable force in the online sector. No more a company with boat-loads of cash being randomly thrown around. Windows Live Essentials Suite, Skydrive and Windows Azure are the pillars of Microsoft’s Internet strategy. Several key products show Microsoft’s vision of a unified web – both in the consumer and enterprise segment.

Window To The Web:

The Live Essentials Suite was a master move by Redmond, it robbed the EU of some good fun and allowed Microsoft to push significant updates regularly. Windows Live Essentials will have its 4th major release in the coming months and is highly anticipated by the enthusiasts. Live Essentials consists of:

The move to unbundle the above from Windows pleased quite a few power-users who use alternatives. Windows Live Writer is a favorite amongst users and there are quite few who prefer to use their Windows machine for blogging over a Mac. Yes, the software is that good. Mail, Messenger and Movie Maker have improved significantly with each build and are pretty good at what their supposed to do. The Ribbon interface (of Office 2007 fame) has helped Microsoft streamline the UI of these products.

The other important desktop software for the Internet is the browser. The moment I mention Internet Explorer some people cringe. With one of the most popular version publically buried, the successors not competitive enough and EU breathing down their neck, Microsoft had their task cut out. At PDC last year Windows chief Steven Sinofsky made it clear that standards compliance was one of Microsoft’s top priority for Internet Explorer 9. At MIX10 Microsoft announced Internet Explorer 9 Preview highlighting HTML5, CSS3 and hardware acceleration. Recently leaked images show a rather good looking UI for IE9. It is quite evident that Microsoft knows what it needs to do to fix their browser.

Bing and the subsequent announcements around Bing have a lot of users excited. Blaise Aguera’s demo on augmented reality and Bing Maps at TED got a lot of positive attention. Bing is undergoing an update wherein the search results for certain queries will focus on data followed by links. For example, a search for an automobile will result in automobile specs and prices along with links to pages with that information. Bing now has Twitter and Foursquare integration, strategic deals with Facebook and Yahoo search make Bing a strong competitor to Google. Semantic search is what Microsoft engineers are banking on to trump competition.

For Microsoft the Xbox 360 isn’t just a gaming console for the hardcore frag-loving gamers, it is a device for every living room. To watch movies & television with your Xbox Live friends on a virtual couch, stream content from the web and of course play games. Xbox Live is a vibrant social community and as a friend puts it, possibly the only successful paid social network. Windows Phone 7 (no more Series) presents a huge opportunity for Microsoft to bring the experience to a wider audience. The amazing demo where a game started on the desktop was continued on the Windows Phone 7 and finally completed on the Xbox 360 is an experience made possible by seamlessly integrating individual products – Xbox 360, Xbox Live, WP7 and Live on Windows (Microsoft’s 3 screens and the cloud strategy).

Office is an important product for Microsoft, when competitors started offering basic office suite functionality over the Internet for free, Redmond had to respond. It wasn’t a question of will they but rather when would they. About six months ago, Microsoft announced Office Web Apps. A minimalistic web based version of their flag-ship product. Office Web Apps can be accessed from within Skydrive and comprises of 4 products:

Note: As of now Powerpoint and Excel are fully functional, with Word offering only viewing and editing.

The web based versions have an interface similar to Office 2010 and offer basic editing capabilities. Silverlight will enhance Powerpoint’s performance to show rich presentations, having Silverlight installed is not a compulsory requirement though. No PDF support is a bummer.

Note #2: Office Web Apps work on the iPhone and should on the recently launched iPad.

The Office Web Apps announcement hinted at Skydrive as the hub of online data, this thought was strengthened with image leaks that showed videos uploaded to Skydrive being played within Skydrive. Photographs, videos and documents – all on Skydrive. Skydrive started as an online storage space with a mere 500MB space for all users who had a Hotmail or Live id and was promoted as a photo and data sharing service. According to some stats from Microsoft about 4 to 5 Million images are uploaded to Skydrive on a normal day. Office 2010 that hits retail in June of this year has a feature that allows you to save your documents directly to a Skydrive folder.

Coming to what probably started this all – email. Hotmail, not the most loved service but certainly not bad at what it’s supposed to do. Coupled with Windows Live Mail Hotmail is a great service. It did undergo some identity crisis for a while but with a new campaign, Hotmail is back in the mix. A leak has shown that Microsoft plans to integrate Office Web Apps and Hotmail allowing you to open your document attachments without having to download them. Not innovative or revolutionary, but having these features is now a necessity.

To recap: Skydrive to create and access documents, Office 2010 can save documents to Skydrive and Hotmail to integrate with Office Web Apps. Three separate services to come together to offer a better user experience.

Office Web Apps has a separate edition for enterprises whereby the documents can be stored on their servers and not on Skydrive.

When considering  the enterprise side of things, the combined capabilities of Exchange 2010, Outlook Web and Mobile Office 2010 is what Microsoft is excited about, then there is Windows Azure. In simple terms Azure is Windows for the web. Offering enterprises and enthusiasts ability to deploy web applications without having to worry about scalability, reliability and the rest of the back-end. Microsoft has a comprehensive suite of products along with Sharepoint for the enterprises and their adventures in the cloud. Steve Ballmer speaking at the University of Washington emphasized their commitment to the cloud with a new campaign – We’re all in.

Welcome to Microsoft’s next web. Welcome to The Next Web’s Microsoft channel.