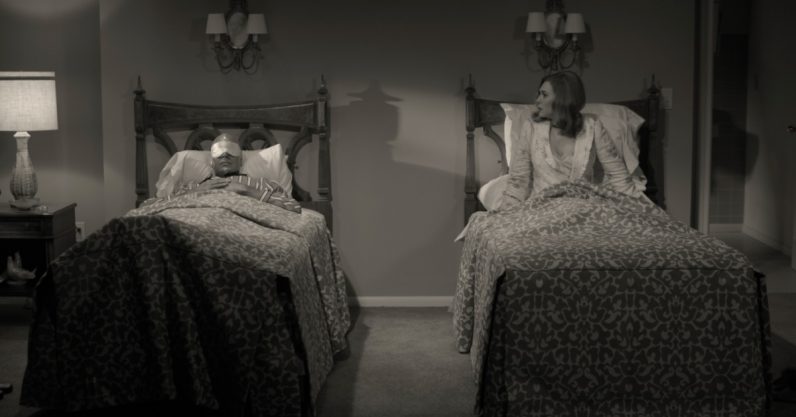 Disney+ is finally getting another big tentpole release, as WandaVision is set to arrive on the service next January — delaying its original December release, but not enough to really be angry about. Maybe now Baby Yoda can finally stop carrying everything on his tiny, green shoulders.

To catch you up, the surrealist sitcom will star Wanda Maximoff and the Vision in a pastiche of every TV show made between I Love Lucy and now — most notably The Dick Van Dyke Show. It’s tied somehow into the larger MCU continuity, supposedly leading into the next Dr. Strange movie. Marvel’s been teasing it for over a year. This would be the first of Marvel’s charm offensive on behalf of Disney+, a slot originally reserved for Falcon and the Winter Soldier. Assuming everything goes well, we’re going to get that show next, followed by shows based around Loki, Ms. Marvel, Moon Knight, Hawkeye, She-Hulk, and allegedly Nick Fury.

Disney+ is in an interesting position. While it’s nominally succeeding on the strength of Disney’s back catalog, the only original property it has that most will remember is The Mandalorian. While that show has proven there’s massive amounts of interest in new material from one of Disney’s choice franchises, Disney has thus far not done much with that information. The company could also do with a little goodwill, considering it attempted to release the live-action Mulan on Disney+ at a premium price — and let’s just say the film did not live up to anyone’s expectations.

With all that in mind, the platform is starving for something to call its own besides Baby Yoda. As wonderful as he is, he’s only one creature, and the Marvel Cinematic Universe is still one of Disney’s hottest commodities. Disney and Marvel would have to have to commit the whiff of the century in order to not win with its slate of shows. Personally, as a fan of all older sitcoms, I’m looking forward to WandaVision the most out of the shows, so I’m not too upset about the fact that it won’t make its original December release bracket.

The show will debut on Disney+ on January 15.

Read next: Messenger and Instagram's 'Vanish Mode' makes chats self-destruct with a swipe