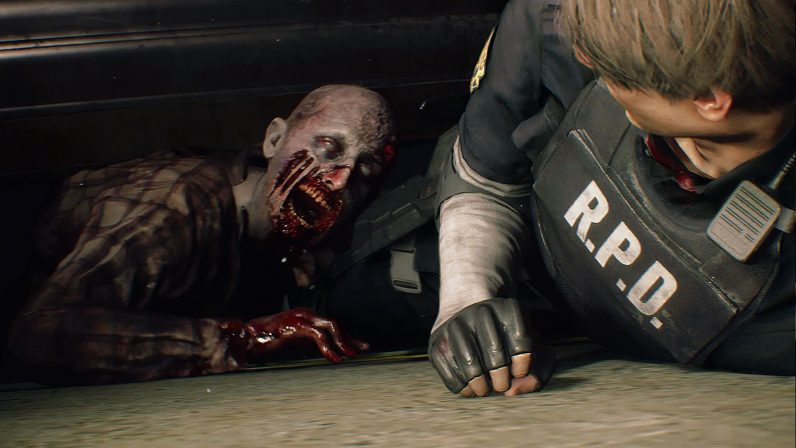 Resident Evil is getting its hundredth film adaptation (or at least that’s what it feels like) and this time they’re adapting the game’s story, for better or for worse. Specifically, they’ll apparently be adapting the first two games, bringing some classic characters to the screen — properly this time.

Kaya Scodelario, Hannah John-Kamen and Robbie Amell will star in #ResidentEvil, the official origin story for the movie franchise based on the horror video games. https://t.co/mQy42hUuJA pic.twitter.com/OeElu1XhtL

The new movie is set in 1998 in Raccoon City and the Arklay Mountains. Franchise producer Robert Kulzer said in a statement (via Deadline), “After a dozen games, six live-action movies and hundreds of pages of fan fiction, [Editors note: Fanfiction? That counts?] we felt compelled to return to the year 1998, to explore the secrets hidden in the walls of the Spenser Mansion and Raccoon City.” The films stars include Robbie Amell as Chris, Hannah John-Kamen as Jill, Tom Hopper as Wesker, Avan Jogia as Leon, Kaya Scodelario as Claire, and Neal McDonough as Birkin.

In case you’re too lazy to go look them up yourselves, I shall assure you they all look reasonably similar to their video game counterparts — and besides, with this series, all it takes is an iconic item of clothing or weaponry for each character to be instantly recognizable. Leon Kennedy’s had more character models over the years than I care to count, and in each one you know it’s him because he has that stupid, stupid 90s haircut. So yeah, just give Avan Jogia that floppy lock of dirty blonde in front of his face and boom, there’s your Leon Kennedy. Heck, Tom Hopper’s already a tall British man — just put some shades on him at night and that’s Wesker.

Very excited to get (safely) back to work. Promise to bring you guys a kick ass, determined, zombie whooping Claire Redfield – with some heart too 💪🏻 https://t.co/R07cIMCM8L

I’m curious (and maybe a little concerned) about just how faithful they’ll be to the games. Loyalty is great and all, but some of the backstory (and hell, some of the frontstory) in this series is incredibly silly and only really works within video games. Hell, the whole outbreak in Raccoon City originally started because one of the founders of a pharmaceutical company mutated himself into a seven-foot-tall pretty boy who controls virus-spreading leeches with an operatic countertenor. I’ll eat my whole computer with hot sauce if they put that into the movie.

The original Resident Evil films, in case you haven’t seen them, can best be described as one movie starring Milla Jovovich in a plot related to the games only with the names Umbrella and Raccoon City, and then about seven or eight movies attempting to retrofit the plot of the games to this only-vaguely-related original. I’m on record saying that the first movie is the best precisely because it’s related so little to the game’s more gamey elements, and I stand by that.

I grew up playing the Resident Evil games. This is a dream come true. 🥳 https://t.co/YP8CQEkLgU

Still, writer-director Johannes Roberts described the story as a “terrifying visceral experience” that recalls the feeling the first two games gave him, “whilst at the same time telling a grounded human story about a small dying American town that feels both relatable and relevant to today’s audiences.” That last part is the one that sounds like it might have some legs.

In case you aren’t aware, this is one of several Resident Evil game-to-screen adaptations on the way. In addition to the live-action show that’ll allegedly star Wesker’s two children, we’re also getting a CGI movie called Resident Evil: Infinite Darkness, which reunites Claire and Leon post-Raccoon City. I’m not sure who’s greenlit this whole Resident Evil film/show renaissance, but it’s still kind of amazing to me that a 20+ year-old franchise is still purring along as a multimedia tour-de-force.

Read next: New algorithm suggests horses and camels are susceptible to COVID-19