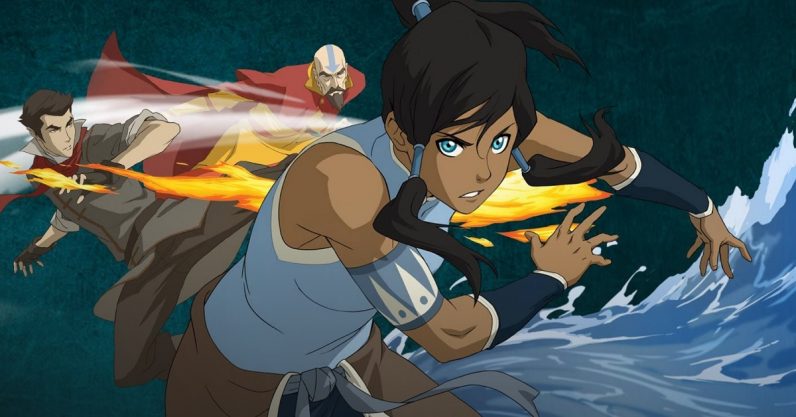 After the wonderful animated show Avatar: The Last Airbender made a big splash on Netflix, its sequel series is now poised to join it. Netflix today revealed The Legend of Korra will be streaming on Netflix, starting in August.

She’s the avatar, you’ve gotta deal with it. The Legend of Korra is coming to Netflix on August 14th in the US. pic.twitter.com/r16aGudm7s

For those unaware, Legend of Korra takes place roughly seventy years after the events of Avatar and featuring Aang’s successor to the role of Avatar, waterbender Korra and her own cadre of friends, supporters, and colorful enemies. It originally ran for four seasons, or “books,” on Nickelodeon from 2012 to 2014. It skews slightly older than Avatar, with Korra herself being a teenager when the series begins (other than the brief shot of her as an adorable ass-kicker you see in the tweet above).

As much as I love both series, I would caution any parents who’ve started their kids on Avatar since it arrived on Netflix that Korra is quite a bit darker than its predecessor. While I’d put the subject matter of both series on roughly the same level, Korra deals with it a bit more heavy-handedly; just to give an example, the big bad of Avatar‘s first season is an ineffectual Fire Nation general, while the same position in Korra is held by a domestic terrorist. There’s also quite a bit of what could charitably be called “teen drama” between characters in the first season that would have bored 10-year-old me out of my gourd. But when the show really gets going, it’s one of the best I’ve ever watched.

To say Avatar: The Last Airbender was a success on Netflix would perhaps undersell it — the series spent 60 consecutive days in Netflix‘s top 10, exiting only a few days ago. The addition brought a whole host of new Avatar fans, best exemplified by the many, many people talking about the show on social media for the first time in years. So now that same confluence of old and new fans will be able to binge Korra, and I fully expect to see it hitting similar numbers on Netflix.

One wonders whether the shows will also appear on the new streaming service rightsholder ViacomCBS is planning to roll out at some point in the future. As the final media conglomerate to properly join the streaming wars, CBS allegedly plans to turn its existing CBS All Access service into something that will properly rival the likes of Peacock and Disney+. But as yet, we don’t know when it’ll be launched or even what it’ll be called, so until then I don’t blame the company for leveraging a very valuable intellectual property. According to The Verge, Korra will still be available to stream on All Access.

Netflix is also apparently going to be the home of a live-action adaptation of Avatar, but that’s all we know about that show so far.

Legend of Korra will be available to stream on Netflix starting August 14.

Read next: TikTok might be sold to US investors to ward off security concerns