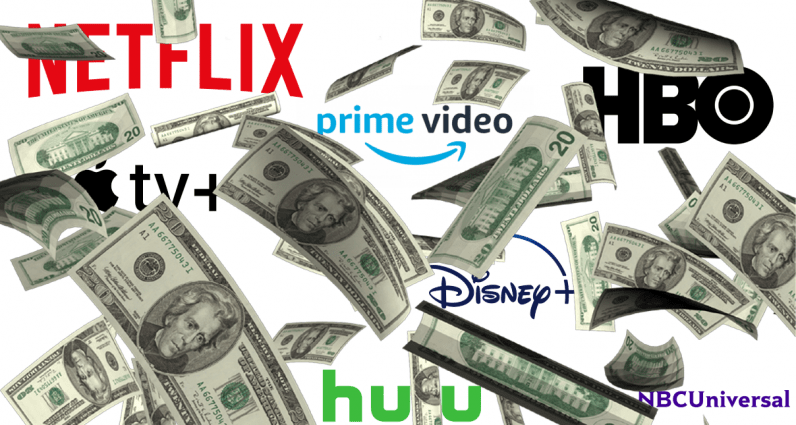 The streaming wars are about to get even more heated, with Disney, AT&T, Comcast, and Apple all set to launch their own direct-to-consumer video-on-demand services. Soon you’ll have to pick and choose between Netflix, HBO Max, Disney+, Hulu (possibly bundled under Disney+), Apple TV Plus, Amazon’s Prime Video, and possibly a streaming service from the possible Viacom/CBS merger.

How will all of this impact your ability to multitask subscriptions, and, most importantly, your wallet?

To figure this out, we gathered together the top 25 most popular, long-ish running (three seasons or more) TV series from IMDb. We also added the network they originally aired on, the current service(s) they’re streaming on, and the confirmed or likely service(s) they will stream on in the future:

As a result, we now have a list of six confirmed or likely future streaming services (with Hulu bundled under Disney+) on which the top 25 TV series will run.

Next, we listed each separate streaming service and added the announced, leaked, or estimated monthly subscription fees. See the result below:

The total fee for all these streaming services ranges between $67.50 and $87.00 a month. That’s suspiciously close to the average monthly cable TV bill in the US of $85.00.

This shouldn’t come as a surprise though, as all five of the largest media conglomerates in the US are behind the majority of these services; AT&T’s WarnerMedia is HBO’s parent company, Hulu and Disney+ are owned by The Walt Disney Company, NBCUniversal is part of Comcast, and Viacom and CBS which are both controlled by National Amusements.

These five companies also own all the major TV networks and channels in the US: NBC (Comcast), ABC (Disney), CBS (CBS), CNN (AT&T), and MTV and Comedy Central (Viacom).

What we’ll end up with is the ease of watching whatever we want at any given time, at the cost of having to manage a vast battery of services. Just remembering where each show is hosted on is going to be a challenge, but, hey, that’s innovation.

Read next: Donald Trump's critique of Bitcoin is antiquated and irrelevant