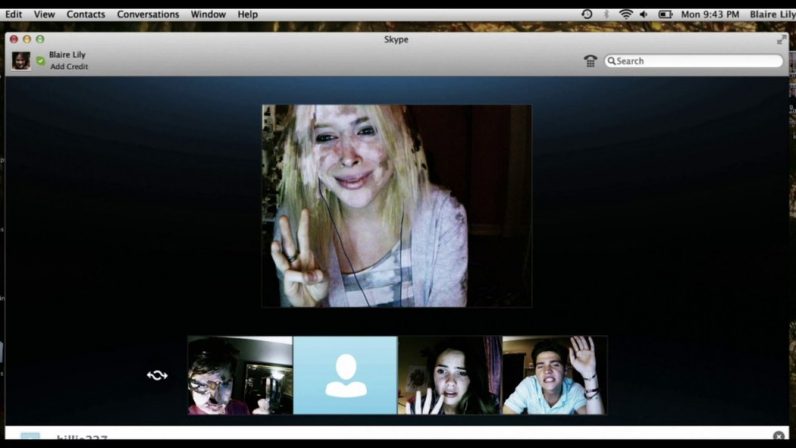 Most horror movies (particularly those released around Halloween) are forgettable and schlocky low-budget affairs, produced only to make a quick buck. Unfriended is an exception.

Released in 2014, the plot (spoiler alert) centers around the vengeful spirit of a deceased high-schooler who hijacks the digital lives of her tormentors, before swiftly and cruelly dispatching from this mortal coil.

Make no mistake, Unfriended checks every box when it comes to horror must-haves. At its heart, it’s a genuinely suspenseful and terrifying movie, with plenty of gore to boot. One notorious scene shows a character being Nutrabullet-ed to death.

Another grizzly scene shows a character swallowing a curling iron. I’ll let you Google that one.

Unfriended’s gimmick is that everything is shown from the perspective of a computer screen. Each death is streamed over Skype, with each disconnection and stutter ramping up the tension. The characters only interact with their tormentor through chat windows and Facebook.

But there’s also something smart about it. Something that’s not schlocky or forgettable.

At its heart, there’s an unflinching exploration of the casual sociopathy and moral ambiguities of one’s high school years. Teenagers can be cruel, and Unfriended doesn’t shy away from that, making you wonder who the real antagonist of the film is.

Is it Laura Barnes, the wronged and murderous poltergeist (or cybergeist, as I’ve heard it described). Is it Blaire Lily, the popular girl who seemingly caused Barnes’ suicide from cyberbullying? Or is it Lily’s gang of friends who share the dark secret about Barnes’ death?

Another theme running throughout Unfriended is the frailty of our digital lives, and how quickly they can be dismantled by someone with a grudge.

Halloween films are seldom smart, but Unfriended bucks that trend and genuinely is. At the core, it’s a parable about consequences in the digital age, and it’s absolutely worth watching.

Sadly, Unfriended isn’t on Netflix right now. That said, if you’re looking for something for your Halloween watching needs, you can rent or buy it on Amazon Instant Video.

Read next: Red Dead Redemption 2, or as I like to call it: Game of the Year