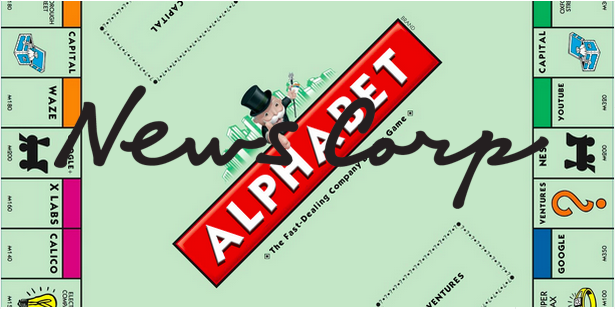 News Corp CEO Robert Thomson – the Grand Moff Tarkin to Rupert Murdoch’s Darth Vader – has once again attacked Google, accusing it of “piracy, zealotry and kleptocracy.” He also went in hard on LinkedIn (“a pretender”) and showed his fists to Facebook.

Speaking at the Lowry Institute Media Awards in Sydney, Thomson warned that well-resourced reporting “will be ever more challenged” if the culture of powerful redistribution channels is not addressed.

With Facebook, Google and Apple all ramping up their efforts in news, his words are not without merit. I have written before about how powerful Apple could become a very powerful gatekeeper for stories. Facebook already is and that’s a problem.

Thomson told the audience at the event:

He went on to say that Google and Facebook “are helping themselves to that content, co-opting and corralling audiences and consciously devaluing brands.”

“The supposed idealism of these companies is in stark contrast to their actual behaviour,” he continued. “That Google’s newly conceived parent company is to be called Alphabet has itself created a range of delicious permutations: A is for Avarice, B is for Bowdlerize, through to K for Kleptocracy, P for Piracy and Z for Zealotry.”

The full speech is here. It’s worth reading. Sometimes even the denizens of the DeathStar can make important points. Just don’t try and tell that to the citizens of Alderaan.

Read next: Apple wants to edit the news and you should be concerned