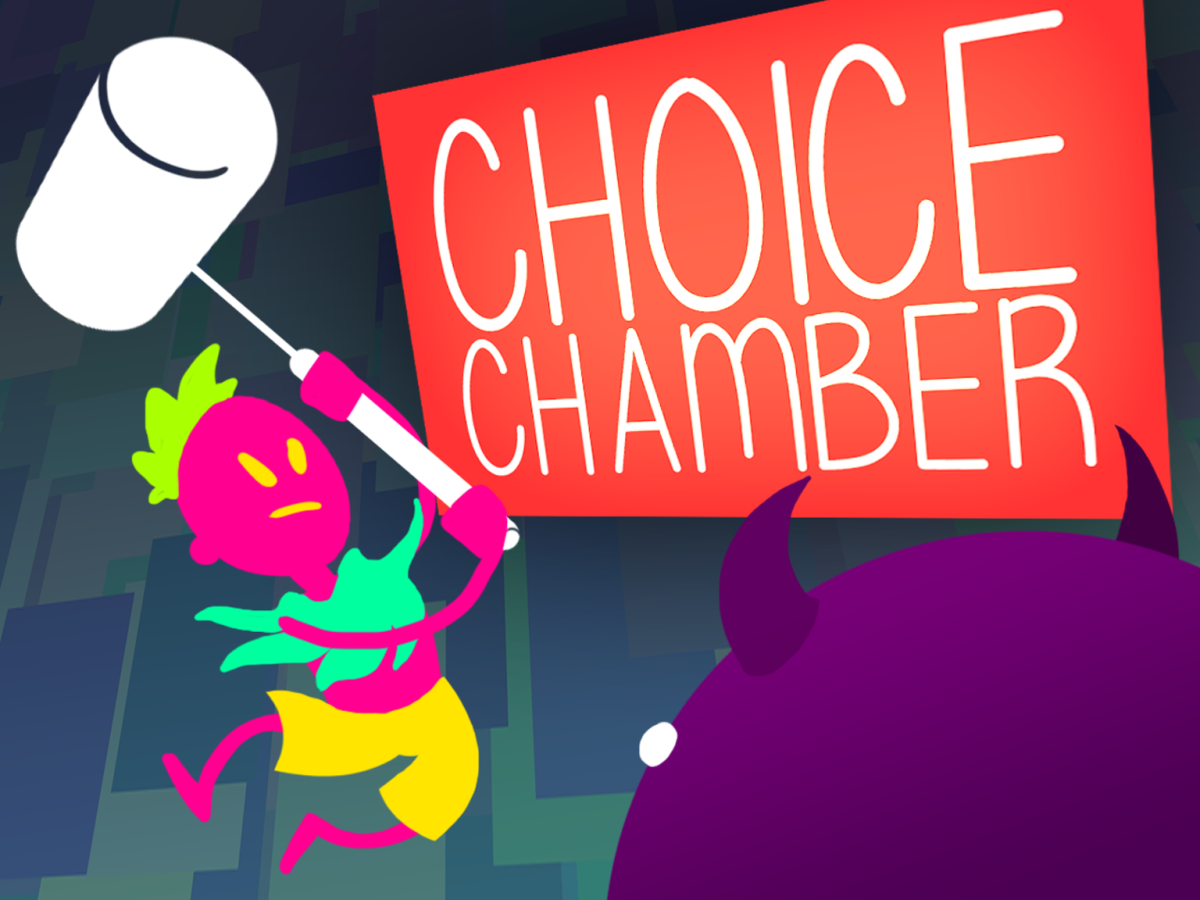 Last March, independent developer Studio Bean launched a Kickstarter for the first procedurally generated video game powered by the Twitch chat room. The game, ‘Choice Chamber‘, puts a Twitch broadcaster at the mercy of his or her own viewers — they can either choose to help the player, or to really screw some stuff up.

Twitch matched the funding Studio Bean needed to get the game into production, and the finished version is finally live and available through Steam or Humble.

Check out the gameplay in action below:

It’s clear that Choice Chamber is inspired by Twitch Plays Pokemon — which originally took the first Pokemon game and challenged the audience to input controls to help the main character reach the Elite Four. Although all signs pointed to anarchic chaos, the channel has worked its way through multiple Pokemon games and is still going strong — the audience is currently playing through ‘Pokemon Omega Ruby/Alpha Sapphire’ for the Nintendo 3DS.

“The Twitch community has already shown extraordinary enthusiasm for interactive games using Twitch chat,” said Brooke Van Dusen, Director of Business Development at Twitch said when the company initially backed the game. “Choice Chamber is an excellent example of how developers can embrace this next-generation concept, so we are helping support this evolution of gameplay experiences in the age of social video.”

Twitch and Studio Bean are also holding a contest until July 19, which will give four skilled gamers an in-game monument and a personalized game made by Studio Bean.

Read Next: Casey Neistat’s social iPhone app tries to stop you being fake on social media

Read next: Devialet Phantom review: This incredible $2,000 'Bluetooth speaker' is going to annoy your neighbors