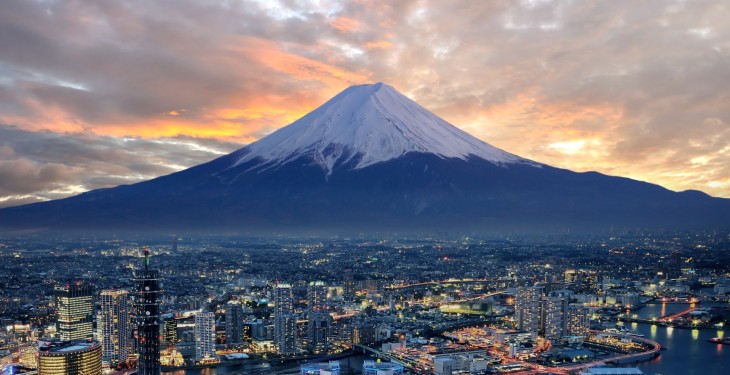 Following his $96.7m exit to AOL back in January 2011, Jimmy Maymann could’ve been excused for planning a hasty retirement to a salubrious seaside retreat. Instead, Maymann joined AOL.

But less than a week after AOL had snapped up Goviral, the video distribution company Maymann co-founded in 2005, it also bought The Huffington Post for somewhere north of $300m. And it was here that Maymann was to finally arrive as head honcho (CEO) just five months ago.

Ahead of Maymann’s keynote at TNW Conference Europe later this week, we caught up with Maymann for some of his thoughts on where HuffPo is, where it’s going and what he’s likely to cover when he takes to the stage in Amsterdam this Thursday.

“Before I came on board (as CEO), I spent a lot of time developing a strategy that I wanted to execute,” says Maymann.

Almost to hit home that it’s not just about global expansion these days, he was very clear about the company’s ‘bread and butter’ in the States, with the likes of its lifestyle sections, or ‘verticals’, garnering 25m monthly uniques alone.

But its international efforts is of particular interest to us, so this is an area we dug deep on.

From international, to truly global

Indeed, Germany is coming up in September, with Maymann noting they’ll have a big newspaper partnership to announce in the coming weeks. And Brazil will be landing in October.

Over the next 18 months or so, there’s big plans for other markets, including South Korea, India and Russia. But next up is actually Japan, with a local Huffington Post edition landing on May 7.

Local Huffington Post editions around the world have yet to gain the same kind of traction as the flagship .com portal. The HuffPo UK, for example, isn’t yet quite ‘setting the agenda’ the way it does in the US. But Maymann is entirely positive about how things have gone so far in international territories, and says it has a longer-term plan in place.

“We create 5-year business plans, because we want to really dive into the details and understand what it takes to create a viable business in those markets,” he says. “We need to break even within 24 months. If we don’t think we can break even in that time, then we’re not likely to launch.”

Interestingly, Maymann also points to the 3-5 year gameplan once a local edition is – in theory – no longer losing money. “We need to believe we can get into the top 5 (in search engines) in a news category in any given market,” he continues. “If we can’t do that, we won’t get our share of the online advertising, and it’s not going to be a viable business down the road.”

But Maymann also points to the relative cost-effectiveness of setting up shop online, compared to other traditional offline ventures. He says they don’t invest more than a couple of million dollars in the local editions to start with.

“At this point in time, we’re still very happy with the traction we’re getting – by and large it looks like the model travels well,” he says.

Relating to this 5-year plan though,  if they’re not breaking even after two years, does this mean the plug is pulled? “It’s a good question, but luckily we haven’t been in that position yet,” he says. “We haven’t had to address that, but I think it would have to be pretty bad for us to backtrack.”

He also says that if, hypothetically, they were in that position, there would likely be other avenues to explore first, such as how their local partnerships were working and whether it might make sense to go it alone. “There’s a lot of things that need to be taken into account, but we’re in this because we want to build a global media brand, and therefore there are a number of key markets that we have to be in – otherwise we’re not going to be a global media brand.”

The land of the rising sun

Of particular interest for me is Japan – not The Huffington Post’s first foray into international waters by a long stretch, but it does stand out from the rest as being the most culturally different. In many ways, this could be its most challenging launch yet.

“It is such a different culture,” he says. “In most markets, around 20-25% of our audience is coming from mobile, but in Japan that will be so different. Mobile Internet in Japan is ‘Internet’. We have to approach that market very differently.”

Also, Japan is still a very print-focused market – it has 3 of the biggest newspapers in the world. “Asahi Shimbun, the second biggest newspaper in Japan, is our partner for launch and they’re printing and selling 8 million copies each day,” says Maymann.

“But what’s interesting, is that if you look at the demographics of the people buying the printed editions, they’re mainly 50-years-old and over,” he continues. “The younger generation is really not consuming news at scale, and if they are, they’re consuming Yahoo News. If you look at the three biggest newspapers out there, they’re at about 7 or 8 million unique views a month. Yahoo is on around 33 million – there’s a lot of room for online sites to really capture the market.”

Maymann reckons the 40-years-old and under demographic will be central to its growth. “I think that what’s interesting is the younger generations have really lost confidence in the government and traditional newspapers because of the scandals they’ve had out there in recent times,” he says.

“Now’s a good time – there’s not a huge blogging community out there, but there’s a lot of people that want to be heard, because they feel that by having a monolithic approach to news, they’ve actually not really had news,” he continues. “Our platform will hopefully work well in that environment.”

The Huffington Post first unveiled its video-streaming network, HuffPost Live, back in August, before going on to launch an iPad incarnation in October.

HuffPost Live is aimed at its community of readers around the world who can join in the conversations via a webcam. The network launched with ten hosts, and eight hours of live programming from New York and four hours from LA each weekday. This figure now sits at twelve hours of live-streaming each day, and when live broadcasting ceases, highlights are shown.

Online video is playing a much bigger role for many more news outlets these days – including with more traditional publications such as The New York Times, Wall Street Journal, The Telegraph and The Guardian. And as an Internet native, HuffPo is no different.

“Video and live-streaming is super important for us,” says Maymann. “Live-streaming 12-hours each day – it’s an ambitious endeavor into really exploring online video news consumption. We’re a big believer in that.”

Indeed, Maymann himself is certainly a big believer in that – remember, he sold his viral video company to AOL for $96m. And 7 months on from HuffPo Live hitting the online airwaves, it has 7,000 people participating in the shows, notching up 50 million video views in March 2013 alone – its biggest month to date.

HuffPo is now looking for more distribution points too, breaking beyond the confines of the browser and mobile apps, and into the living room via cable TV and set-top boxes. It already has deals in place with Roku and Microsoft (Xbox), and it will be announcing cable operator deals later this year too.

With HuffPost Live churning out 12 hours of content each day, the media giant has a wealth of programming to tap in to for viewing at a later point – fully edited and repackaged, of course. “When you have that much live-streaming video, our video editors cut it up into 2-3 minute segments, which lets us create a library, which means we have around 4-5,000 video clips.”

They don’t, of course, post all these clips to the Web immediately. But if something relevant comes up, say, in the news, they have a mass of content on tap to use and throw in alongside it – but only if it fits.

The future according to Maymann

With all this localization going on, can we expect HuffPost Live to hit the local markets too?

“First of all we need to have scale with HuffPost Live in the US this year,” says Maymann. “If we really start to get the scale and monetization, then it’s something we’d considering rolling out internationally. I don’t necessarily think we’d do it market-by-market though – I think we’d maybe have a network model, such as with BBC Worldwide or CNN.”

Producing 12 hours of original recording each day is expensive work, so it’s more likely we’d see a European or single ‘International’ edition before a UK or Japanese incarnation arrives on the scene.

As a final point, I put a bit of a cliched question to Maymann, around the obstacles faced by media outlets looking to not only survive the digital onslaught, but thrive in it.

“In general, I think the biggest obstacle for us (the media industry) right now is we’re in the middle of a paradigm shift, where news has been free,” says Maymann. “To afford investigative reporting, we need more revenue streams. Getting metered models to work is going to be key.”

Maymann likens the media’s current position to where music was before iTunes came along. “Nobody has really come up with a model for how to meter solutions for content we have to pay for,” he says. “But I want the likes of the Guardians and New York Times to survive, we need them out there.”

As Maymann notes, metered models should be intelligently built around consumer behavior – they shouldn’t be a blanket paywall. “That to me isn’t very sophisticated when you consider what the underlying technology is capable of doing,” he says.

At TNW Conference Europe this Thursday, Maymann will talk more in depth about the above, and also where the Huffington Post came from, how they’ve tried to innovate, and why innovation is important.

Here’s a final sobering thought for you – The Huffington Post produces a staggering 1,600 posts each day – that’s a news story every 58 seconds. This is just via its domestic .com portal – think about that.

Read next: Gaana, an Indian Spotify wannabe, gets a premium service as it hits 5m users (1m on mobile)