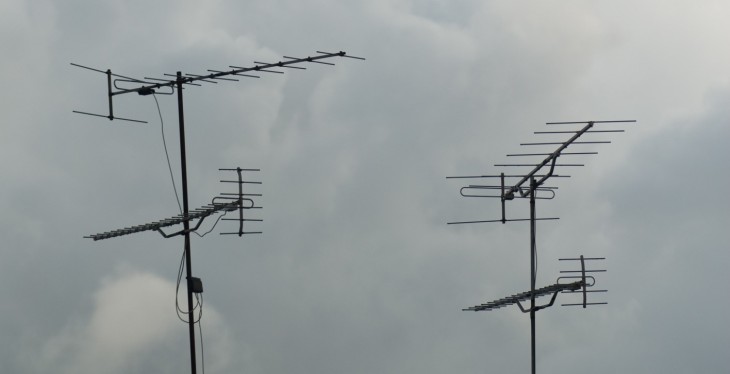 This is why we can’t have nice things. News Corp COO Chase Carey has revealed that the company would move its FOX network to a premium service if Aereo succeeds in defending its business model of renting out remote Internet-capable antennas that let users watch live broadcast TV on their computers, according to Bloomberg.

Aereo won an initial ruling with the US Circuit Court of Appeals last week. TV networks, including FOX, had banded together to sue the company because they believe it is unlawfully retransmitting their content.

Carey reportedly made the comments to other TV executives on Monday.

“We need to be able to be fairly compensated for our content,” Carey was noted as saying. “This is not an ideal path we look to pursue, but we can’t sit idly by and let an entity steal our signal. We will move to a subscription model if that’s our only recourse.”

Aereo has invented a simple, convenient way for consumers to utilize an antenna to access free-to-air broadcast television, bringing television access into the modern era for millions of consumers. It’s disappointing to hear that Fox believes that consumers should not be permitted to use an antenna to access free-to-air broadcast television. Over 50 million Americans today access television via an antenna. When broadcasters asked Congress for a free license to digitally broadcast on the public’s airwaves, they did so with the promise that they would broadcast in the public interest and convenience, and that they would remain free-to-air. Having a television antenna is every American’s right.

The fact that FOX is willing to consider, and even publicly threaten, such drastic measures reflects the current state of upheaval that the broadcast television industry is in. Premium shows like “Game of Thrones” (HBO), “Mad Men” (AMC) and “Homeland” (Showtime) have put pressure on competing content from free networks. Meanwhile, users have increasingly turned away from their TVs to watch on smartphones, tablets and computers.

Aereo first began offering service in New York, but it has ambitious plans to expand to new cities throughout the US with the help of a $38 million Series B round it raised earlier this year. The company’s $8 a month service is apparently disruptive enough to have put serious pressure on the networks, as News Corp’s threat has a certain “take my ball and go home” attitude. Such a move isn’t likely to sit well with viewers, but it is nice to see a startup like Aereo inciting change in such a well-entrenched industry.

Read next: 23 Of the most beautiful typeface designs released last month