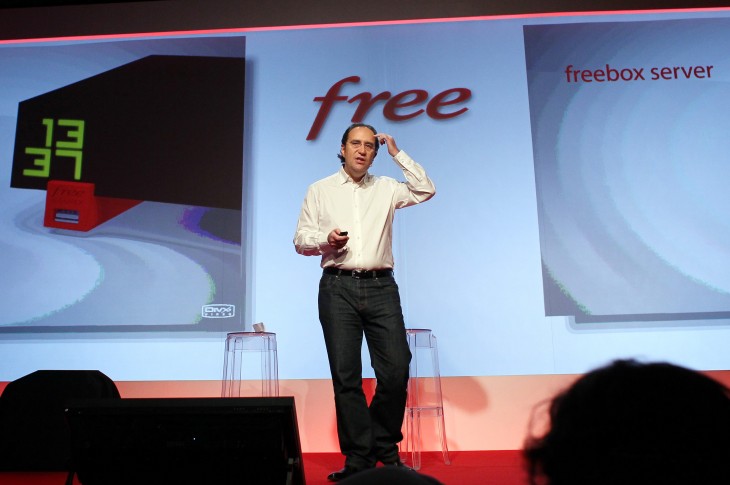 As we reported, Free, France’s second largest ISP, has started to automatically block ads on any website subscribers access via its Freebox set-top box. Yes, you read that correctly: it implemented an Internet-wide, opt-out ad blocking tool overnight.

While it was initially thought it could be a technical slip-up, Free’s apparent decision to leave this beta option unchanged has turned into a vast controversy. Under the hashtag #AdGate, the French blogging community has started to evangelize users on the dangers this measure represents for the Internet as we know it.

Those who think this is only about advertising are missing the point. Of course, free websites aren’t sustainable without ads, which means that Free’s approach is a serious threat to their business model and sustainability – but the problem is wider than that.

If you are familiar with the concept of net neutrality, you’ll understand that it is not the role of an ISP to automatically alter the content of the pages its users are trying to access.

So why has Free decided to ignore this principle? The answer could be simpler than it seems: it is at war with Google. If you are looking for a proof of this, all you have to do is to read an email sent in response to a French journalist by Xavier Niel – currently the vice-president, strategy director and founder of Free’s parent company, Iliad.

“All you’ve been writing since yesterday is BS!!! You’d better read Soumier’s tweets.” he wrote to Yoann Ferret. For context, Stephane Soumier is also a French journalist, and here’s one of his tweets about the AdGate:

This rougly translates as: “Of course, Niel doesn’t want to ‘block advertising’ forever. War isn’t a durable state, its purpose is to set rules.” In other words, Soumier’s take is that this is nothing but a maneuver, and Niel himself seems to agree. But which war is he referring to?

The root of the problem is Free’s conflict with Google, amid reports that the ISP’s subscribers are experimenting slow loading speeds on YouTube. As you may know, France’s telecom regulator ARCEP launched an investigation into this matter.

While it remains to be seen whether these problems exist and are voluntarily caused by the ISP, it could be a way for Free to pressure Google into entering a peering agreement, and get compensated for letting its subscribers access bandwidth killers like YouTube.

In the eyes of many ISPs, Google and similar companies are freeloaders that benefit from the traffic they deliver, while they have to cover these extra costs related to heavy video content. It is worth noting that not all ISPs share this view; for instance, French company OVH is hoping that AdGate will help boost its BOX ADSL product, which promises a strict neutrality.

It now remains to be seen whether public authorities will support Free. In a tweet, France’s Junior Minister for SMEs, Innovation, and the Digital Economy Fleur Pellerin already stated she favored an opt-in approach to ad blocking

According to French blog Numerama, she will be holding a meeting with Free and online publishers over the next few days. It is our opinion that Google also needs to be part of this discussion, or the whole point will be missed.

Read next: Facebook says it is taking precautions to prevent account shutdowns due to false death reports