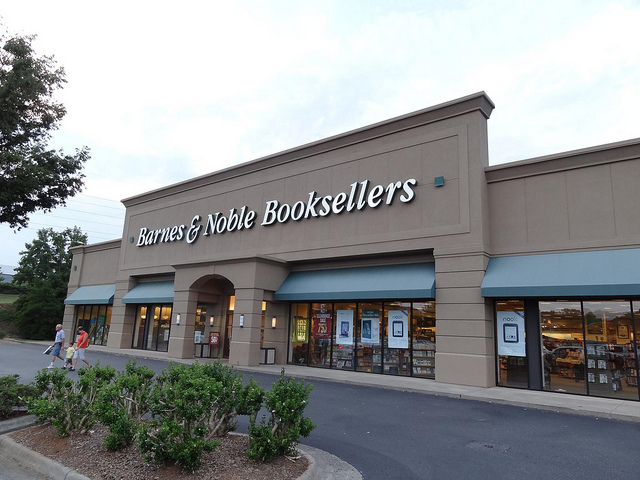 Gearing up for what appears to be a preemptive move to compete against Amazon, Barnes & Noble has announced today that it will be bringing its NOOK e-readers and digital bookstore to the UK, launching in the autumn.

The company notes that this will be the first time it has expanded its business internationally and will offer its E Ink readers, Nook Simple Touch (and its GlowLight companion) in the UK from mid-October.

The readers would be nothing without a marketplace from which to purchase books, so with that in mind, Barnes & Noble will open up its NOOK Store to consumers in the UK, providing access to more than 2.5 million titles (which includes Books, newspapers, magazines comics and also NOOK apps).

In March, we discussed the possibility that the US bookseller would look to open its doors to UK consumers, after it hosted a developer workshop in London. Regardless of whether it helped the company decide to launch in the UK, consumers will be able to take advantage of another rival to Amazon’s throne.

And with Sony, Kobo and Apple already operating in the UK, it’s already a crowded market.

Touting itself as the world’s largest bookseller, Barnes & Noble has proved itself as a worthy rival to Amazon dominance of digital ebook sales in the US. However, it’s a different story in the UK, with Amazon’s Kindle readers consistently topping the company’s sales charts.

If that wasn’t enough, major UK bookseller Waterstones announced it would ditch its plans for its own readers and signed a deal to stock Amazon’s Kindle devices in its stores.

Noticeably missing from either company (at least in the UK) is a tablet device. Both Amazon and Barnes & Noble sell the Kindle Fire and Nook Tablet in the US, but have not confirmed plans for its release in the UK.

However, Amazon recently opened up Appstore app submissions to developers in United Kingdom, Germany, France, Italy and Spain, confirming plans for an international Appstore rollout later this year, which is almost certain to include an Android-powered tablet capable to running the published apps.

Barnes & Noble says “further product, pricing and availability details will be announced in the coming weeks,” hopefully that will include details on what retailers it has partnered with.

Read next: Is the UK really too heavy-handed with Internet trolls? Some people think so.