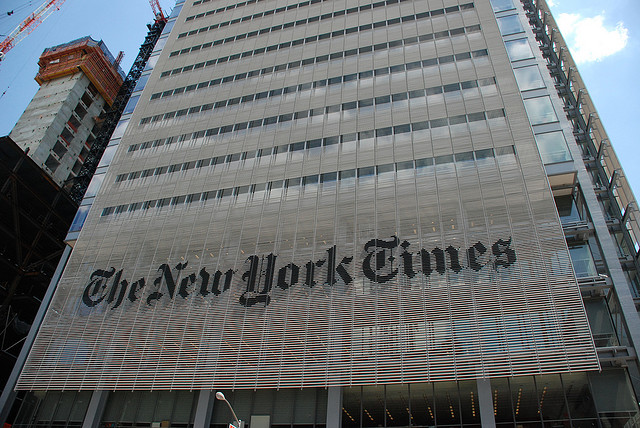 The New York Times, ProPublica, Spiegel Online and Argentina’s La Nacion are joining OpenNews, Mozilla announced today on its blog ahead of an official presentation at SXSW.

As we reported, OpenNews is an initiative promoted by the Knight Foundation and Mozilla to drive open source innovation in news. For instance, it can focus on developing real-time visualizations, augmented video, data journalism and HTML5 web tools.

One of its ambitions is to build bridges between journalists and hackers. Hence the decision to make today’s announcement at SXSW, Mozilla’s Dan Sinker says:

“SXSW has become a destination event for the ‘hacker-journalist’. It  does a great job of mixing the developer mindset with the larger media world.”

To fulfill its goal of getting journalists and hackers to work closely together, OpenNews will award eight fellowships this year. Fellows will then be ’embedded’ at partner organizations, where they will “spend a year writing code in collaboration with reporters and newsroom developers,” it says.

We already knew that outlets such as the BBC, the Guardian, Zeit Online, the Boston Globe and Al Jazeera English were on board. Considering their prestige, the additional media partnerships announced today are likely to further increase the program’s appeal.

For the newspapers, it is also an opportunity to try a different approach:

“What’s exciting about this project is that it affords us a luxury newsrooms rarely have: the ability to dig deep on a subject of critical importance,” said Aron Pilhofer, editor of interactive news at The New York Times. “The results, we hope, will help The Times and the industry in general measure and enhance the impact of our journalism.”

The addition of publications in German and Spanish also confirms the program’s global reach. Online applications will open on April 9th.