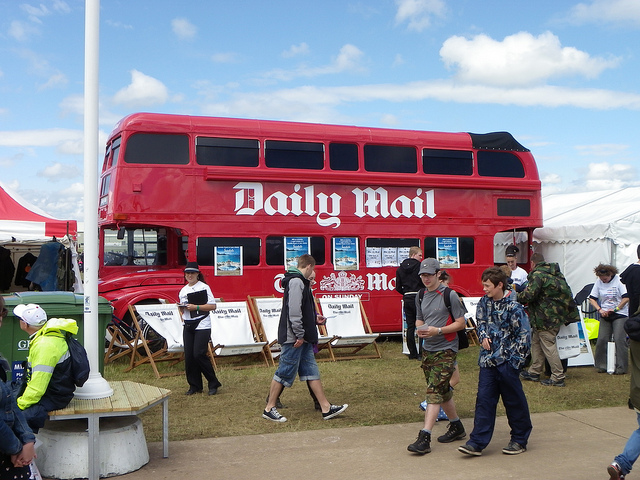 The Daily Mail’s website MailOnline is now the most popular newspaper website in the world, Buzzfeed reports.

Referring to data from comScore, Buzzfeed Politics notes that the UK tabloid’s website is now more popular than the New York Times, having reached 45.3 million people last December, vs. 44.8 million for the NYT.

However, the latter begs to differ, with its spokesperson Eileen Murphy insisting that the Daily Mail results include other properties, such as a personal finance site. The New York Times “remains the number 1 individual newspaper site in the world.,” she said.

“The Daily Mail is not in our competitive set,” she added. It’s easy to understand why The New York Times is not too happy about hearing it’s competing against the Daily Mail:

Yet, the tremendous popularity of the Daily Mail’s mix of gossip, pictures, shocking headlines and conservative rants is hard to deny. In this context, the news that it overtook the NYT wouldn’t be a huge surprise; as we reported last April, Mail Online had already overtaken the Huffington Post to become the number 2 ‘newspaper website’ in the world, and we also know that it is now the most popular one in Europe.

Still, taking the pole position worldwide would be noteworthy for the Daily Mail, and reflect MailOnline’s push in countries like India, where it has recently launched a country-specific version.

However, don’t be too quick on blaming India: MailOnline’s growth has been driven by U.S. traffic, the Mail’s online editor Martin Clarke told Buzzfeed. With editors and offices in LA and New York, the London-based tabloid seems more than willing to compete with the New York Times and the Huffington Post on their own playground.

Is this the most depressing news of the day? Let us know in the comments!