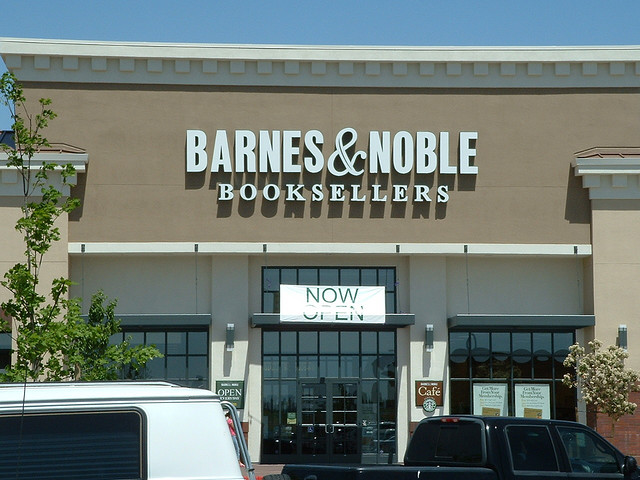 Barnes & Noble is launching a new Nook Tablet, the bookstore chain announced in an event today.

It offers two and a half million books and thousands of apps, which makes it a very serious competitor for Amazon’s Kindle Fire, as we pointed out earlier when the tablet was first rumored (see our post ‘Barnes and Noble launches another tablet, aimed directly at the Kindle Fire’ .)

With its deep media integration, including Hulu Plus and Netflix, Barnes & Noble is aiming squarely for Amazon, which itself has signed numerous partnerships with TV and film companies to bring more than 12,000 titles to its Prime Instant Video platform.

As for the device itself, it has 7-inch IPS LCD screen, a 1GHz dual-core CPU and 1GB of RAM. B&N opted for a middle-of-the-road option in terms of storage; while the tablet offers 16GB of storage and an additional 32GB SD slot, users can also keep their content in “Nook Cloud.”

Although the device weighs less than one pound, it boasts a battery that can handle nine hours of video, according to B&N’s CEO William Lynch.

The Nook Tablet can be pre-ordered today and will be available in stores at the end of next week. It will be priced at $249.99, making it a serious challenger for Apple’s iPad. Barnes & Noble also announced new pricing for its Nook Color, down to $199 from $249, and for its Nook Simple Touch, down to $99 from $139.

What do you think of the new Nook tablet? Let us know in the comments.