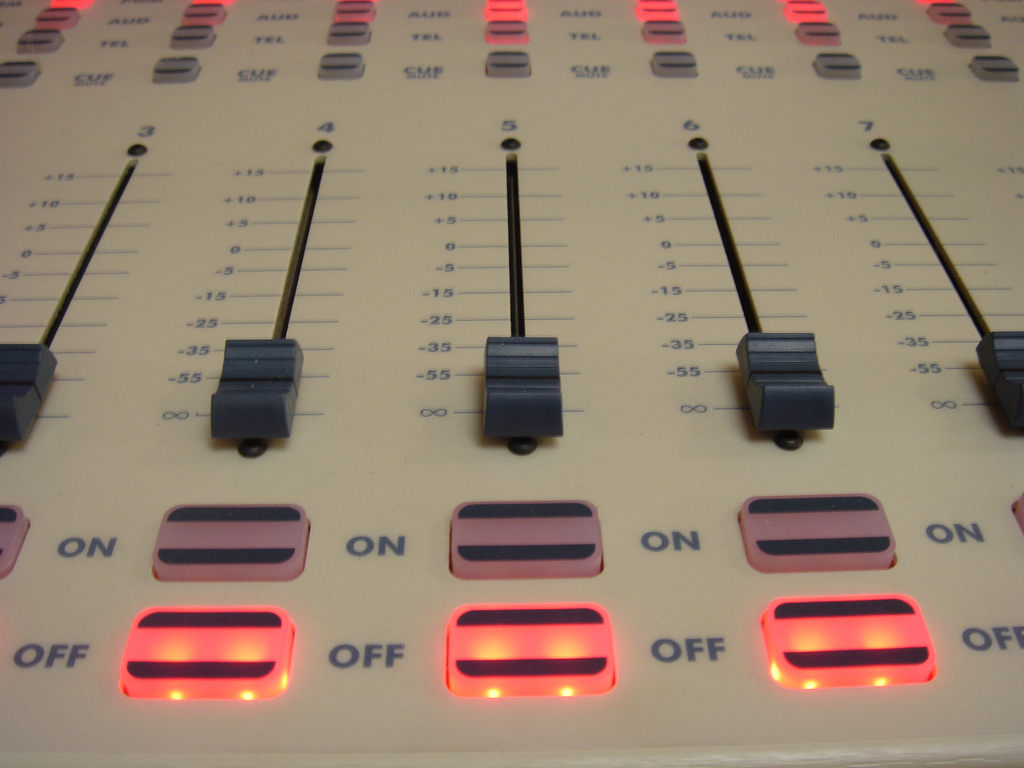 I remember a few years ago when I started playing around with Shoutcast. This was somewhere around 2001, shortly after I stopped working in radio. I was an idealist (I still am) who had the idea that I could keep the dream of radio alive on the Internet.

You see, my dad has worked in radio since before I was born and I remember the earlier days where a DJ could play a song simply because they loved it, because they believed in it. That was the world of radio that I wanted to work in so when I started at my first on-air job (15 years old, on an AM radio station playing Gospel and “Light Christian” programming) I was in for a big shock. Radio wasn’t what I remembered it being, and it never would be again.

The fact of the matter is that radio was probably never quite as idyllic as I thought that it was. Looking back I remember seeing the big transition toward consultant-driven, out-of-market-programmed radio, but I am sure that this was happening long before I remember seeing it.

So to me, Shoutcast (or at least something like it) was the answer. But it never really took off to the point that it might have been able to. In the early part of the last decade, bandwidth was expensive (it’s still not exactly cheap, but it’s getting better). In the latter part things got a bit more serious when the big labels got involved with Internet radio (a problem which still has not been fully resolved, but we’ll talk about this later).

Many of us radio junkies did what we could to carry on our passions, to propagate the idea that radio should be a free thing, driven by people, for the purpose of not only entertaining but also educating people on music that they might not yet have heard. But the problem with this is that people tend to have very niche interests when it comes to music. You don’t typically have someone who loves all classical, but they might have a profound knowledge of baroque, for instance. Obviously, when you’re trying to program radio stations for a wide variety of people, this causes a problem.

But what if you do an entire group of stations, with individual channels that focus on niche content? Apparently, given that Digitally Imported has been doing precisely this since 1999, it can be successful.

The dream of Ari Shohat, DI’s founder and CEO, was to create a group of electronic music stations on the Internet that were programmed by people. But then Shohat saw that there was an opening to do the same thing with more popular music, which then spawned DI.fm’s sister conglomerate named Sky FM. With millions of listeners around the world, the two stations have been an Internet radio powerhouse for years.

But it hasn’t been without challenges. In the early days it was a matter of paying for bandwidth. Though Shohat tells me that now, bandwidth isn’t such a concern, but rather the problems come in with licensing the music that is played on the stations to keep everything above board and legal.

If you’ve not paid much attention to the landscape of streaming music then you might have missed the fact that music labels aren’t very keen on the idea. In fact the labels have laid out exorbitant demands through the years to try to financially cripple the stations. Fortunately there have been some concessions made, but the war is far from over.

Negotiations a few years ago saw Internet broadcasters and royalty-collectors SoundExchange come to an agreement over payments. But as Shohat tells me it’s not an ultimate solution because growing beyond a certain level of listenership puts stations into  a different bracket for required payments.

“ The negotiation from a few years ago gave us a lifeline, but also put us in a box. We can’t grow past a certain point without falling out of that bracket.”

According to Webcast Metrics, DI is one of the largest streaming media properties around the world, both in the amount of streams driven monthly and also in time spent listening. As such, DI has managed to be successful and mildly profitable by using a combination of advertising and premium subscriptions. To this date, DI has never accepted funding, though Shohat tells me that it’s a consideration for the future.

So how does DI compete in a world filled with Pandora, Spotify and the like?

” You have to work differently.”

For Digitally Imported, working differently means working niche. According to Shohat, Digitally Imported as a station has always been the biggest passion – “It’s our baby.” But there’s value to be found in doing niche content and doing it well. So to be different, DI and its sister properties do one thing and they do that one thing exceptionally well. But they do that one thing literally hundreds of times over by having unique, super-niche stations that focus on the sub-genres of electronic, classical, jazz and pop music.

It’s with that in mind that Shohat sees the company branching out horizontally, encompassing even more genres such as rock, meditational music and others. To do this, and to be able to do so while not having to be concerned about present royalty payments, is likely why the subject of funding has finally come into DI’s picture.

As Shohat says, “we’re a significant, small operation.” DI presently holds 11 full-time employees and a myriad of channel directors, all of whom do their jobs for no pay but rather simply for the love of the music.

That’s not to say that the model is perfect. There’s still an open door in this world for traditional radio. It’s the first place that people turn when it comes to finding out about hyperlocal information and that’s the area in which it can capitalize moving forward. But for niche, under-represented content, there’s likely no better discovery service than Digitally Imported. With all of the talk centering around Spotify, Rdio, Pandora and the like, it’s been surprisingly easy to overlook DI, but a twelve-year history (which, in the world of Internet radio is a lifetime) simply can’t be ignored.

Shohat knows that there’s work to be done. If you look at Digitally Imported or Sky FM’s sites, it’s obvious that they were created years ago. But taking a peek at sister station JazzRadio, you can get a glimpse of the future; another area in which funding could help DI move forward. At any rate, the stations have a massive listenership, a profitable business model and a strong foothold in mobile. For focusing on the micro scale, Digitally Imported and its horizontal expansions have made a large dent in the macro side of online radio.

In the interest of full disclosure, I do a weekly broadcast on DI.fm’s Drum & Bass station. I receive no pay for doing this show, and it in fact costs me money and time. I simply wanted to pass on the story of DI.fm.

Read next: How Anonymous is threatening a Mexican drug cartel