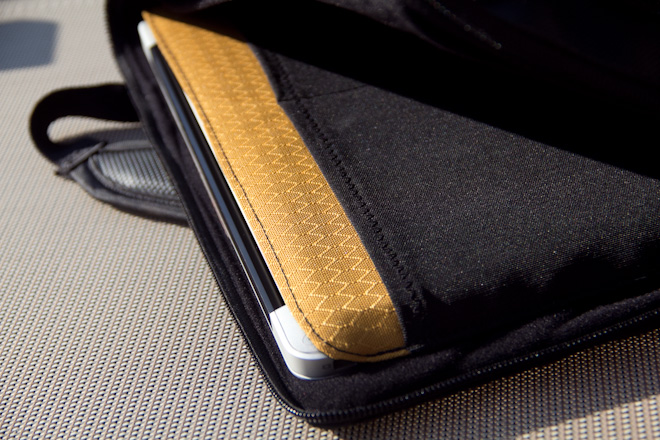 2011 is set to be a big year for the BBC’s online operations outside the UK, as the international version of the corporation’s iPlayer on-demand video service prepares to launch.

Meanwhile, last week a pretty major change was made to the bbc.com homepage seen by visitors to the website from outside the UK. As we noted at the time, gone were the widget-based customisation options, replaced by a plainer, more functional version of the site.

With this in mind, we thought it was a good time to talk to Rebecca Conroy, Chief Operating Officer of BBC.com and the global iPlayer project to find out more about both.

While similar in some ways, the BBC’s UK and international websites are similar – they’re actually operated completely separately, with different goals. While in the UK, the site is designed to meet the corporation’s public service goals, BBC.com is operated by its commercial arm BBC Worldwide and carries banner advertising. “It’s international face of the BBC’s website so we keep across what is happening and being developed in the UK but all our international requirements are funded separately and are based on our international audience needs,” explains Conroy.

“BBC.com’s objectives are to provide the best digital news and sports service in the world whilst beginning to showcase some of the BBC Worldwide’s other great content such as the Travel section that we have developed in partnership with Lonely Planet (which is wholly owned by BBC Worldwide). We also aim to achieve this whilst being commercially successful.”

Globally, the site serves over 50 million unique visitors per month and works with over 600 advertising partners.

When too much choice is a bad thing

On Wednesday evening last week, our Editor-in-Chief, Zee – usually based in the UK – was holidaying in Thailand. A BBC website addict, he checks it several times per day. Suddenly, though, something had changed. Gone were the personalisation features that allowed, say, a technology news enthusiast to place the latest tech stories at the top of the screen, for the site’s colour theme to be changed and for . “It’s a pretty significant departure from the rather innovative homepage of the last few years,” Zee noted.

Indeed – BBC.com’s customisation options were based on those first launched on the BBC’s UK site back in late 2007. Back when these features first emerged on the UK site, Richard Titus – the then Acting Head of User Experience and Design –  said, “From a conceptual point of view, the widgetization adopted by Facebook, iGoogle and Netvibes weighed strongly on our initial thinking… This trend essentially abstracts the content from its presentation and distribution, atomizing content into a feed-based universe. Browsers, devices, etc therefore become lenses through which this content can be collected, tailored and consumed by the audience.”

In the UK, the widgetised site remains having survived and been built upon through two subsequent redesigns of the site and was even extended to mobile browsers in 2009. So, why has BBC.com dropped it for international visitors? The answer, says Rebecca Conroy, is simple – only 2% of users bothered to customise their websites. “It was a nice idea, but not many people made any customisations beyond setting the weather forecast for their location,” she explains.

In addition, all the fancy code needed to allow for the customisation was making the site slower to load. Stripping this out has allowed for a simpler, faster page that can better reflect the content BBC Worldwide wants to promote. “We updated the homepage to be able to carry more news stories on the page than before and also to be able to start showcasing more of our content – Sport and Travel now and other services we may decide to launch,” says Conroy. “We also wanted it to be in the look and feel of the new designs that are being rolled out across the BBC site, currently in News and soon to be in Sport, so it shared the same language.”

Conroy feels the change has been a success because it’s received such little user feedback. “There’s not been a huge amount, and if you check Twitter, people have had good things to say about it. We achieved what we wanted to – a simple change without any disruptions.”

Interestingly, the BBC’s experience matches our own here at The Next Web. Last April we unveiled a highly customisable, widget-based homepage loosely based on the BBC’s format. The problem was that less than 5% of our readers actually customised their pages and the code needed to run all that customisation that no-one was using was slowing page load times significantly. Over Christmas, we replaced it with a new design that put access to information ahead of giving readers choice and found that traffic noticeably increased as users could get to what they wanted easily from a home page that didn’t take an age to load.

The question is, if customisation is so unpopular with users, does it have a future on the BBC homepage in the UK? We’re still waiting to hear back from the Corporation on that.

Bringing the iPlayer to the world The biggest project for BBC Worldwide’s online team this year will be the introduction of the international version of the iPlayer on-demand video service. In the UK, the service has rapidly become an institution. Last month, it received 160 million requests for TV and radio shows. We already know that the service will launch initially as an iPad app, as a subscription fee-based service. BBC Director General, Mark Thompson recently stated that the cost would be “A few dollars a month – less than $10.”

As Chief Operating Officer of the project, Conroy is well-placed to have all the insider details on exactly when and where it will be available. However, she’s staying tight-lipped on the specifics ahead of an official announcement “in due course”. In December, BBC.com managing director Luke Bradley-Jones said “We’re going to be adopting a pure paid subscription model for the global iPlayer for launch – in part to get audiences used to using the service, but more importantly so we can generate additional value from the service in terms of the user data that it gives us. We will also offer advertisers the chance to partner with us on the ‘free’ areas of the service.”

Don’t expect the international iPlayer to have access to the latest editions of Eastenders, Top Gear or Doctor Who, though. Conroy confirms that “It will showcase the best of British TV, but unlike the UK version will not be a catch up service.”

Big-name BBC shows like Top Gear and Doctor Who are popular targets for BitTorrent users around the world – a move highlighted by the BBC’s decision to transmit the new series of Doctor Who on the same day in the UK, the US and Canada for the first time from today. Pirates elsewhere are sure to be downloading the show straight after transmission though, and we’ll be watching with keen interest to see if BBC Worldwide can convert those fans into paying customers once the international iPlayer launches.