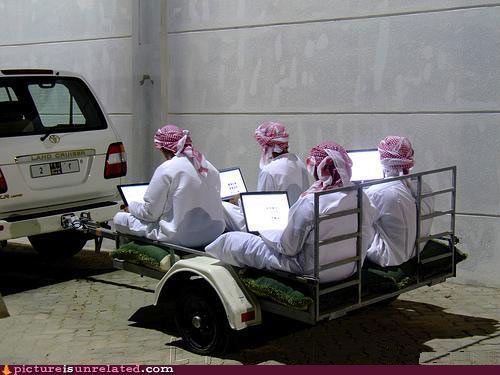 Last night I watched a Canadian slacker comedy movie called Weirdsville. Do you care? Probably not, but if you were following me on media ‘check-in’ services Miso or Get Glue you’d have known that pretty useless nugget in real-time.

Yes, for some reason that I’ve yet to fathom, I’m rather addicted to these apps – even though they don’t actually do that much yet. “Checking-in” to TV shows still feels very much like shouting into big hole in the ground. I tell everyone that I’m watching a show and… then what? I might get a virtual badge, in some cases there might be a money-off deal or real-life prize related to it but in most cases… nothing happens. However, we’re not that far from these apps becoming essential social TV guides – maybe even changing our relationship with that box in the corner of the room entirely.

Catching users’ attention after location check-ins became popular early last year, media check-ins seemed like an obvious next step. The best known of these apps, Get Glue actually allows you to check in to TV shows, movies, video games, books, music and even subjects that you’re thinking about. Miso, while restricted to TV and movies, allows you to check in to individual episodes and supports more non-US content than its rival. Meanwhile, Filmaster‘s mobile app is an interesting take on the media check-in concept, allowing users to share exactly which screening of a cinematic release they’re planning to attend.

The idea of sharing what you’re watching, seeing what your friends are watching and getting viewing recommendations back from others is still quite a way from hitting it big with users, even in the early adopter crowd. Get Glue recently hit one million users – an eighth of Foursquare’s figure – while Miso tells us it has “over 150,000” users. So, the market’s still nascent, but over time these apps will change the way we think about our TV experience.

The future of media check-ins Just as Foursquare and Gowalla have signed brands up to help drive more users and revenue to their services, Miso and GetGlue are doing the same. For example, 35 major networks, 10 major movie studios and 5 major music labels and management companies have offered rewards, both virtual and real, to GetGlue users. That said, with just a million users it’s still a long way from being what you might call ‘mainstream’.

Media check-ins are set to bloom into something bigger and more exciting over time, though. If these apps can achieve critical mass in the short-to-medium term, well be looking at a world in which a quick glance at our phones will tell us exactly what our friends recommend that we watch right now. While Twitter offers a certain amount of this functionality – especially during big shows that capture the imagination of the Twitterverse – you wouldn’t want to tweet out every show you were watching. A dedicated, social TV app is far better suited to that function, with the ability to link to Twitter if you choose. One barrier to wider adoption of these apps could well be the fact that it’s such trouble to actually check in. While you’re relaxing at home with a movie, do you really want to have to tap the title of the show you’re watching into an app? What if the show’s great and you don’t know what it is? How do you check in then? We’ve seen a couple of interesting solutions to these problems emerge in the past couple of months.

IntoNow can tell what you’re watching from a short audio sample. Essentially, it’s Shazam but for TV shows. Meanwhile, a new Israeli startup, TVtak, allows you to take a picture of the TV and uses image recognition to work out what you’re viewing. Both technologies have their problems at present. IntoNow requires a relatively long 10 seconds of audio from the TV, which might be tough during noisy, chatty, family viewing sessions. TVtak on the other hand, can only recognise shows on channels that it is currently monitoring server-side. While that makes image recognition speedy, it does limit the audience for this service which is set to launch first in Israel before expanding into Europe and the US over time. It’s when our TVs become well-developed app platforms that media check-ins can really come of age though. Once you can run apps on your TV, the option to ‘Scrobble’, Last.fm-style, your viewing becomes available. Suddenly, the benefits of social TV become automated. No need for your friends to remember to open up an app, search for a show and “check-in” – the whole process will be automatic. Stuck for what to watch? Click a button on your remote control and suddenly you’ll see what all your friends are watching. Social recommendation will be entirely integrated into the viewing experience and the conscious “check-in” might become extinct

Still, that hypothetical situation is a long way down the line, and auto-sharing may never take off. Would you really want to share that you were watching adult movies late at night on the family TV? As a less extreme example, you may have great taste in American serial dramas but do I want to know every time your kids are watching Justin Bieber concerts on the same TV?

Another point to consider is rewards. If TV shows can flash up rewards on the screen purely for watching a show, will it change what we choose to watch? “Stay with us after the break for the latest episode of a our terrible, unwatchable gameshow and be entered into a prize draw to win a car!”

Then there’s the elephant in every social room – Facebook. The social media giant acquired Hot Potato, another ‘check in to anything’ service, in August last year. While Facebook Places hasn’t yet become the overnight, runaway Foursquare-killing success many predicted, it’s safe to assume that Facebook will be looking to expand its checkins into media over time.

Whatever happens, it’s clear that the fun, if a little useless, media checkin apps we have today are just the tip of an iceberg that could well change the way we experience media forever.