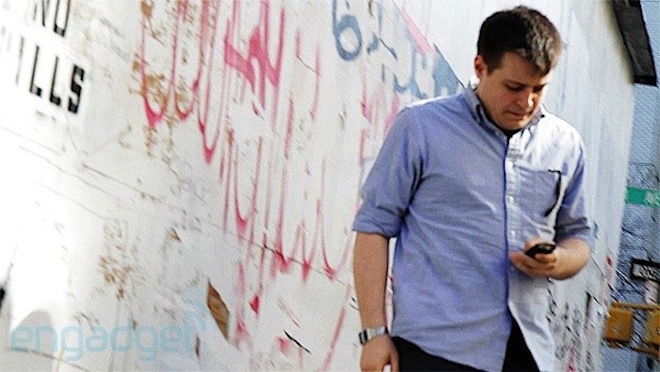 A few weeks ago, in case you’ve missed the news, AOL released an internal document to its staff that was entitled The AOL Way. The documents contained what could be taken as a manifesto, of sorts, but really showed how AOL was intending to do business. What it amounted to was that AOL was going to turn itself into a content farm, all with the hopes that the increased content would lead to increased page views and thus increased revenue.

Clearly, this wasn’t going to sit well with some people. In fact, it didn’t sit well with us here at TNW. Being the curious sorts we are, we asked if perhaps The AOL Way was the future of blogging, but the whole thing left a foul taste in our mouths.

Obviously the taste is going to be stronger in the mouth of someone who works at AOL. Today, that has been confirmed. Long-time Engadget editor Paul Miller has left the blog and more importantly has left Engadget’s parent company, AOL. In a post on his personal site, Miller lays out his reasoning:

I’d love to be able to keep doing this forever, but unfortunately Engadget is owned by AOL, and AOL has proved an unwilling partner in this site’s evolution. It doesn’t take a veteran of the publishing world to realize that AOL has its heart in the wrong place with content. As detailed in the “AOL Way,” and borne out in personal experience, AOL sees content as a commodity it can sell ads against. That might make good business sense (though I doubt it), but it doesn’t promote good journalism or even good entertainment, and it doesn’t allow an ambitious team like the one I know and love at Engadget to thrive.

And so with that The AOL Way has claimed its first victim. In all likelihood, Miller isn’t actually the first, but he’s certainly the most prominent person that we’ve seen leave AOL since the release of the documents.

It’s an odd duality that we in the online media world live with. On one hand, we do survive via page views. Advertising has become the lifeblood of a stable income for larger websites and so we have to  bear that in mind. However, integrity also has to lead your decisions. What you should write versus what you will write is a battle that’s nearly constant.

As for me, I applaud Paul in his integrity. When you love your craft and you love what it can do, you don’t do it for page views. When you love your craft, it will show, and you won’t have to do it for page views. I think it’s safe to say that we here at TNW have a hefty amount of respect for the work that Engadget does, and we wish them the best when it comes to moving forward under The AOL banner.

Best wishes, Paul. If you need any suggestions, we here at The Next Web might know of some other cool places to work. Just sayin’.

Read next: Collabracam: Hollywood style production on the iPhone