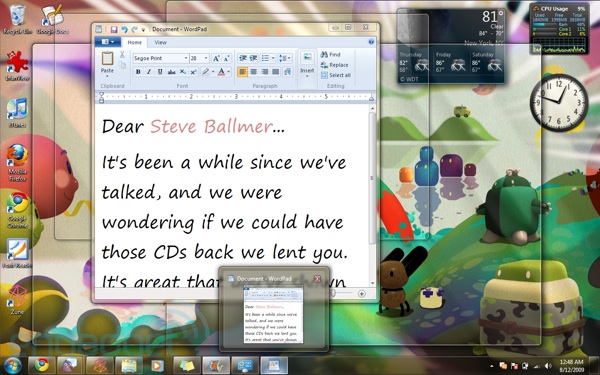 After months and months of build up, and more than a few pushed back launch dates, Rupert Murdoch’s The Daily has officially arrived. You can download it here in the app store.

Rupert Murdoch welcomed the crowd this morning at the Guggenheim Museum in New York, with much discussion over News Corporation‘s expanding media empire with the world’s first digital newspaper exclusively built for the iPad.

“New times demand new journalism… and a new service edited and designed specifically for new devices. Our challenge is to take the best of traditional journalism…and combine it with the best of contemporary technology. 360 degree photographs, graphics that respond to the touch are unthinkable in either print or television. The iPad demands that we completely re-imagine our craft. There’s a growing segment of the population that is educated and sophisticated that does not read national print or newspapers…and they expect content tailored to their specific interests…What we are losing today are the opportunities for true news discovery. The magic of newspapers lies in their seredipity and surprise and the deft touch of a good editor….Our aim is to inform people, to make them think and make them smile and help them engage in the great issues of the day. We can and we must make the business of news gathering viable again.” -Rupert Murdoch

Production has been underway for 6 weeks. The first Daily issue features Mubrak and the crisis in Egypt. The Daily’s carousel includes a beautiful visual representation of all the stories in each issue. The stories are completely interactive, and I’m not talking about hyperlinks, you can even record text and voice comments on stories. The Daily will include breaking news, so expect your issue to update repeatedly during the day. The Daily’s apps and games section links right into the Apple store. At its first US only release, their target audience is for 15 million Americans.

The Daily will feature news articles, interactive graphics, videos and photos designed to work with the iPad’s touchscreen. The Daily will cost a mere 14 cents per day, 99 cents a week, $40 per year and will be sold exclusively via Apple’s iTunes store. The first two weeks will be free, courtesy of Verizon. A small selection of the iPad newspaper will be available on its site. A full list of The Daily’s contents:

• Over 100 pages of original news, life, entertainment, opinion and sports

• every single day of the year

• A selection of articles read aloud

• 360 degree photos you can explore by swiping

• The option to save articles to read later

The Daily totaled $30 million to set up and will cost $500,000 to run weekly. Subscription will be the larger part of their revenue model at first, but they expect to be moving towards a 50/50 revenue split with ads later in the year. Launch advertisers include HBO, Macy’s, Paramount, Pepsi Max, Range Rover, Verizon, and Virgin Atlantic Airways.

Murdoch expects The Daily to be on all major tablets, but says “last year, this year and maybe next year belong to iPad.” Murdoch’s aim is refreshing, particularly juxtaposed against yesterday’s The AOL Way; Murdoch sees the The Daily has a revival of quality journalism in the digital realm. If this goal truly permeates into The Daily’s ethos, I think we can expect a truly quality and engaging product. Although, since playing with the product, my colleague Martin Bryant, has much to say on Murdoch’s new “newspaper.”

Murdoch’s other publications, The Wall Street Journal, The Times and The Sunday Times, have all introduced paywalls for their websites. The Daily joins the ranks of other paid-for newspaper apps on the iPad including Esquire, the New Yorker, Vanity Fair, Glamour, GQ and Wired.

“The Daily is not a legacy backed brand moving from the print to the digital world. We believe The Daily will be the model for how stories will be told.” Rupert Murdoch

The Australian mogul is entering the iPad publishing race with Richard Branson, who launched Project magazine on the iPad in November of last year.

Read next: The Daily is now live on the App Store