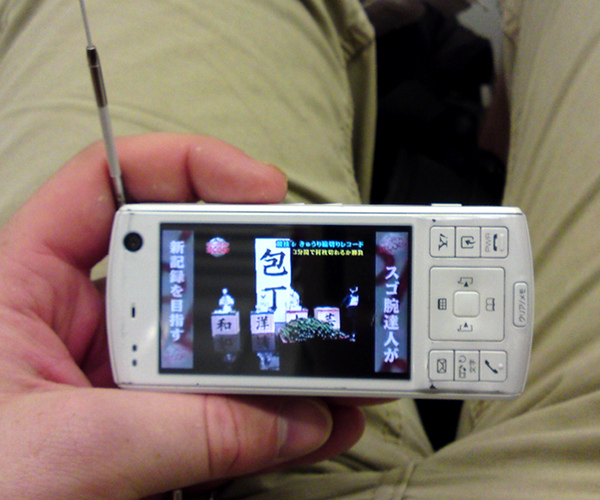 As TV moves increasingly online, it’s getting a lot easier to stay entertained on the go. Here we look at five ways to watch TV while you’re out and about. TV networks know that the more opportunity you have to watch TV, the better their bottom line. Services like the BBC iPlayer, Xfinity TV and Hulu have sprung up in recent years and now mobile catchup services are starting to become a viable viewing option too. In the US, Bitbop offers the ability to download or stream shows from a wide variety of networks. The service costs $9.99 per month for unlimited access and apps are available for iPhone, Android and Blackberry. Also look out for MobiTV for iPhone.

Elsewhere in the world, services vary although the UK is particularly well served with the BBC offering mobile versions of its iPlayer for iPhone, Blackberry and Android. Slingbox is a handy service for streaming your home TV signal to your mobile device, wherever you have a mobile signal. You connect a Slingbox to your home’s TV setup and then use a mobile app (available for all major platforms) to watch exactly what’s on your  home TV wherever you are. It really is ingenious.

In the UK, TVCatchup.com offers live feeds of the current output from a wide range of UK channels, however the legality of the service is questioned by some networks.

Buy the shows you love You probably wouldn’t want to do this on a regular basis for shows you’re not in love with, but for your favourite shows it could be a great idea. Buying shows via Apple’s iTunes Store ensures you have TV to watch on the go even when you don’t have a mobile signal.

The shows often aren’t cheap, but if you choose wisely and always have an Apple device with you, it’s a great way of building up a digital library of shows that is always available to you.

Apple also offers rentals of TV shows, although currently in the USA only. While you have to download them (no streaming here), they’re a good way of catching up on your TV viewing while you’re out and about without the intensive battery use of streaming, and in better quality too. Digital TV broadcasts over the air are coming to phones, or so we keep being told. The idea is that your phone will be able to pick up ‘real’ TV broadcasts via a built in antenna.

While some manufacturers, most notably Nokia in the Western world, have integrated Digital TV receivers into some of their handsets, you won’t find them in the iPhone or any big-name Android devices.

DVB-H is the standard to look out for in Europe, Australia, Mexico and parts of Africa and Asia. 1seg is the mobile digital TV standard for Japan and South America, while ATSC-M/H is the North American standard.

As yet, only 1seg has really taken off with office workers catching up on the latest TV news via their phones as they commute home being a common sight in Japan. Expect the concept to become popular in the USA next year as 40% of the population should to be able to receive mobile digital TV in 2011. In Europe, DVB-H is available in a handful of countries, with more expected to roll out over the next two years.

Have another tip for watching TV on the go? Leave a comment and let us know.